What Is An Astrology Reading? 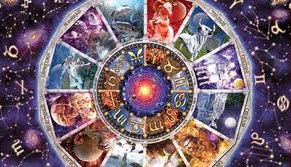 An astrology reading is done by a person who has studied the world's oldest science, astrology. Astrology is considered to be the father of astronomy. It arose out of human curiosity about the twinkling mysteries of the night sky. Evidence of astrology as a science has been found in all of the ancient civilizations. The ancient people watched the night sky and identified “stars” that they called wanderers. These were actually planets that, along with their own world, orbited around the sun. These ancient people thought of these wanderers as gods that influenced their lives. Today, astronomers use telescopes to study the heavens. They have identified the planets and know much about our solar system. However, the planets Venus, Saturn, Mercury and Jupiter still retain the names of ancient gods. In more modern times, other planets were discovered. Modern astronomers decided to name them after gods, thus we have Neptune(god of the sea), Uranus(god of the sky) and Pluto(god of the underworld).

Modern astrologers do not see the planets as gods, but they have retained the belief that our lives are influenced by the position of heavenly bodies at our birth. They see the planets as a part of our very being. Astrologers use a system of horoscopes to define individual personalities based on the arrangement of the solar system at the exact date and time of birth. The positions of the planets, sun and moon are used by astrologers as tools to live by. They use the different forms of the forces of planets along with zodiacal position to make predictions of both daily and future events in the lives of people. The predictions are based on these forces, alignments and the information of how the heavenly bodies related to each other at the moment of the person's birth. The role of the planets, along with their elements, houses and signs help the astrologer to create readings that explain a person's personality, potential and how they can help control their destiny by using the knowledge of the forces and relations between the heavenly bodies. Many people who read the personality descriptions of their general zodiac sign are surprised at the accuracy of them.

The first consideration of an individual's horoscope is the birth sign, or the sun sign. In the study of astrology, the sky is divided into 12 sections called Signs of the Zodiac. The astrologer considers the section of the sky that the sun was passing through at the time of the person's birth. The word zodiac comes from the Greek language meaning circle of animals. The ancient people who studied astrology recognized that as the sun moved through each sign, a new and different sort of energy occurred on the earth that affected life. They named these 12 different energies after animals or objects that the influence of the energy seemed to remind them of. The twelve signs of the Zodiac begin between March 20th and April 20th, and is named Aries the Ram. The circle begins again after the last sign Pisces, which is the sign for those born between February 20th and the 19th of March.

The next important astronomical position the astrologer consults is the ascendant, or rising star. The zodiac wheel is considered to revolve every 24 hours just as the earth rotates on its axis in one day. To the east of a person's birthplace, and at the time of their birth, a certain part of the wheel was coming up on the horizon. The astrological reading requires a very accurate time of birth to determine this rising sign. The rising sign tells the astrologer how a person behaves towards others, while the birth sign tells a person's inner personality. Determining both of these signs accurately helps the astrologer to see the individual's unique drive and personality.