Who Is Uri Geller? 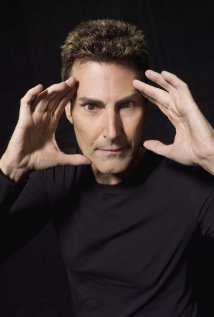 Uri Geller is one of the most famous illusionists in the world. He is a very popular television personality, and many people have experienced wonders with his psychic abilities. For more than four decades now, Geller has been mystifying and thrilling audiences with his phenomenal skills. Here is a deeper look at one of the most exciting psychics of modern times.

Geller was born in Tel Aviv, Israel. His parents were both Jewish. Geller’s father, Itzhaak Geller, was a retired sergeant major from Hungary. His mother, Manzy Freud, was from Austria. Geller is actually a distant relative to Sigmund Freud on his mother’s side of the family.

When Geller was 11 years old, his parents moved the family from Israel to the city of Nicosia on the island nation of Cyprus. While Geller was in Nicosia, he learned English while attending the high school at Terra Santa College.

After he graduated from high school, Geller came back to Israel to do his mandatory military service as an Israeli citizen. He served as a member of the Israeli Army Paratroopers Brigade. During his service, Geller was wounded in action as a participant in the Six Days War between Israel and several Arab nations.

When Geller got out of the Israeli army, he began to make his livelihood as a model during 1968 and 1969. At the same time, he began to earn money by performing as a psychic in front of crowds at nightclubs. He quickly gained a reputation as an incredibly talented psychic, and his popularity soon had him filling up auditoriums, military bases, concert halls, and universities all over Israel.

Worldwide Fame and a Famous Failure

In the early 1970s, Geller was at the height of his fame. In addition to performing shows in front of sold-out venues all over the world, he started to perform on television as well. He was on TV in both Europe and the United States. In fact, an appearance on The Tonight Show is the moment in which his career began to decline.

During his appearance on the show, host Johnny Carson set out to thwart Geller. Carson was a magician himself, and he was extremely skeptical that Geller could actually bend spoons with his mind. Prior to the show, Carson consulted with magician and scientific skeptic James Randi. Randi told Carson the best way to test Geller’s abilities was to make him bend spoons that were given to him by Carson himself. When Carson asked Geller to bend the spoons, he claimed he could not do it because he did not feel strong that night. This inability to perform in front of a national TV audience led many to doubt his abilities.

One of the more famous events in Geller’s career came when he appeared on the cover of ESP magazine in 1976. Underneath Geller’s picture, the caption appeared, “On Sept. 1, 1976 at 11pm E.D.T. THIS COVER CAN BEND YOUR KEYS.” Though many dismissed it a hoax, the editor of the magazine reported the next month that they had received more than 300 positive results from readers. One of the most impressive of these was a report that the key to the city of Providence, Rhode Island had been bent as a result of the experiment.

In 1975, two researchers at the Stanford Research Institute, Russell Targ and Harold Puthoff, investigated the psychic abilities of Geller. After extensive research, the pair announced that the psychokinetic and psychic abilities displayed by Geller appeared to be genuine. They even coined a term to describe his ability, naming it the “Geller-effect.”

Though the two were renowned scientists, many others in the scientific community quickly denounced their findings. The skeptics said that all of the abilities that Geller displayed could be explained with simple stage magic.

Geller is a well-known soccer fan, and he has been involved in a few infamous events in the soccer world. The first came during a Euro 96 match between Scotland and England. During the match, Geller was riding in a helicopter over the stadium. A Scottish player, Gary McCallister, missed a penalty kick that kept Scotland from tying up the game. Geller claimed that he moved the ball with his mind, which would have been a violation of the rules if he did.

The next time that Geller attempted to intervene in a soccer match was less successful. He buried magic crystals that were infused with energy behind the goals at the English Second Division team Exeter City’s stadium. This was made in a bid to help Exeter City win a crucial match to keep them from being relegated to the third tier of English football. The bid was unsuccessful. Exeter City lost the match in a big way. The final score was 5-1, and the backlash from fans was severe. Exeter City took five years to get promoted back to the Second Division, and the team cut ties with Geller soon after his failure.

The abilities of Geller helped him make many famous friends over the years. The most famous of these was Michael Jackson. In fact, the pair were close enough that Jackson stood in as the best man when Geller and his wife renewed their wedding vows in 2001.

Geller has made a number of appearances on TV over the years. He has been on countless talk shows like The View, The Tonight Show and The Merv Griffin Show. He has also been on lots of reality TV shows and been the focus of several documentaries.

In 2009, Geller purchased Lamb Island, a tiny spit of land off the coast of Scotland. The island is infamous as a former site of witch trials, and its beaches were featured in the classic Robert Louis Stevenson novel Treasure Island. His aim in buying the island was to find Egyptian treasure he says was buried there 3,500 years ago by the half-sister of the Egyptian pharaoh Tutankhamen.