What Is Past Life Regression? 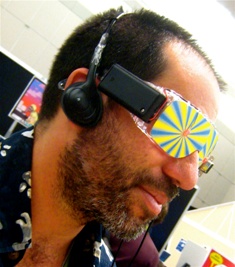 Most of us have had moments of déjà vu, that distinctive feeling of having been in a certain place, time, and set of circumstances before. Occasionally we'll encounter a person and swear, sometimes jokingly, that we knew them in a prior life.

On a more poignant level, however, some of us carry deep and unexplainable scars that can't be easily traced to or explained by present circumstances; habits are developed and traumas are revisited that bear no recognizable relation to our current life and memories. In such instances a form of therapy called past life regression can be sought out.

During past life regression sessions the subject is hypnotized or coached into a meditative state by a practitioner and asked various questions intended to reveal the identities and events of alleged past lives. The method is similar to recovered memory therapy, which has lead many to question the authenticity of recovered recollections. Because hypnotherapy often relies heavily on suggestion, and the questioner's prompting or direction, subjects who choose to undergo past life regression are cautioned to research and seek out reputable practitioners.

Past life regression is a full-sensory experience, according to many who partake in a session. Memories can be vague or as vivid as a movie; many claim to hear gunshots or explosions on battlefields, music from dance halls, or bustling street noises. Some recall certain smells as well, from smoke to body odors to cooking aromas. Emotions are evoked either through concise linear narratives or fractions of one or many scenes.

Past life regression advocates believe that we acquire behavioral patterns and responses that are continually triggered and repeated from one life to the next. These patterns can be both positive and negative, and affect our relationships, motivations, and overall well being. Positive patterns can highlight individual talents and tastes, bestow wisdom, and provide purpose, while negative patterns provoke destructive or compulsive decision-making, cloud judgment, and hinder us from fulfilling our greater potential.

So when did past life regression take hold, and why did people first seek it out? Though mistakenly perceived as a relatively new age concept, past life regression practices can be traced back to ancient times, notably through Greek dream incubation centers, Egyptian mystery schools, Buddhist references, and passages in Jain scriptures regarding “Jati Smaran,” the name given to past life recollection.

Sigmund Freud is largely considered to be the grandfather of present-day regression work as we know it. Freud believed that by making the unconscious conscious, one could not only restore free will but bring about healing. Through what he referred to as “Psychic Determinism,” Freud drew from the belief that our past experiences can and often will determine our present behavior. This was a radical new way of exploring the human psyche, and gave birth to modern psychotherapy and ensuing regression work.

Italian psychiatrist Roberto Assagioli was a leading pioneer in the study of humanistic and transpersonal psychology, eventually founding a therapy called Psychosynthesis. Drawing from the basis of Freud's initial psychotherapeutic structures, Assagioli maintained that Freud had not given sufficient enough consideration for the “higher” aspects of the human self, believing in the need for a more inclusive concept of humanity. Through his contributions to the branch of psychology known as Transpersonal Psychology, Assagioli determined that meditation could bring about altered states in which the subject could draw from past lives for insight into present dilemmas and behavioral responses.

Throughout the 1920′s and 1930′s, American Christian mystic Edgar Cayce (called “the sleeping prophet” by one biographer) sought to heighten awareness of past lives through sleep-induced channeling methods. Around the same time Paul Brunton highlighted a technique developed by yogis to tap into past lives.

The 1950′s saw Stanislav Grof introducing the concept of altered states of awareness through clinically administered LSD. His studies found that under the influence of psychedelic substances many participants were able to access previously blocked or forgotten memories, from both present life and prior existences. (He would later determine that such states could be induced through deep breathing sessions rather than LSD, presumably to the disappointment of latter enthusiasts.)

Past life awareness reached a sensational pitch with the release of “The Search for Bridey Murphy,” by Morey Bernstein. The book was a detailed account of Colorado housewife Virginia Tighe's hypnosis-induced recollections of her previous life as a 19th-century Irish woman named Bridey Murphy. The book was an instant bestseller, but speculation was equally pronounced.

Extensive historical fact-checking found no records of a Bridey Murphy; conversely, however, Tigh's descriptions of locations pertaining to Belfast and Cork were eerily accurate, considering she had never visited Ireland before. Research eventually uncovered details of Tighe's childhood previously unexplored in Bernstein's book, including a next-door neighbor named Bridie Murphy Corkell, and an Irish lineage that had been largely forgotten due to Tighe's adoption at the age of three.

Scientists and researchers would later go on to dismiss the past-life regression claims as a case of cryptomnesia, in which one falsely recalls a thought or idea and attributes it to a lived memory. (It's worth noting that cryptomnesia is not a deliberate attempt to deceive, but rather a mistaken confusion of impersonal facts with one's own.

Though ultimately dismissed as a poorly conducted research for sensational gain, the case of Virginia Tighe did not deter public fascination with past life experiences, the possibility of drawing from previous incarnations as a way to navigate one's current existence. While the bulk of the scientific world is generally inclined to discredit reincarnation, and most certainly procedures intended to induce recollections of past lives, advocates of past life regression believe it to be an invaluable tool for understanding one's self and place in the greater universe. On a more intimate level, past life regression can offer relief for those experiencing traumatic memories or sensations that otherwise cannot be explained.

Though it's tempting to diminish past life regression as a fad belonging to the popular psychic persuasion, Calvin D. Banyan of the Banyan Hypnosis Center believes that past life regression can be an effective course of treatment for those who suffer from particular psychological disorders. Banyan's belief is that when a client attempts to identify and deal with a problem without the use of hypnosis, he or she has only the conscious mind to work with.

According to his philosophy, because the conscious mind will attempt to come up with a reason for a problem based on incomplete factual information, the conclusion is often inaccurate, particularly if the issue has been a long-standing difficulty. His belief, like that of many specialists, is that one's past life experiences hold crucial keys to behavioral patterns and recurring problems, and only rarely can be accessed through waking consciousness.

Reiki, a Japanese technique for stress reduction and relaxation, also promotes past life regression as a powerful healing tool. Administered by “laying on hands,” the practice is based on the idea that an unseen life force energy flows through each of us, and must be tended to. If one's life force energy is weak or damaged, their physical, emotional, and mental stamina will suffer as a consequence. Reiki can be used to clear away emotional baggage accumulated not only during this lifetime, but in past lives as well, allowing for self-transformation and improvement.

Some people explore past life regression out of simple curiosity, for who they were or might have been in a prior existence. For most, however, past life regression is a constructive channel for personal growth and healing. And while there is always a potential for misguidance at the hands of a practitioner or inaccuracy of recounted historic details, past life regression has provided many with an alternative perspective from which to approach present aspects of their life.