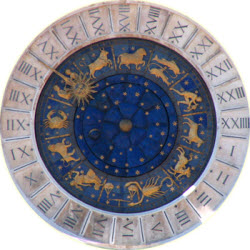 Astrology is derived from the Greek words “astron” and “logia”, meaning it is the science of the stars. It provides knowledge of how the stars affect human lives and gives better understanding of the cosmos in general. Astrology has been around for thousands of years and is still considered to be a vital discipline. A person who studies and interprets astrology is called an astrologer.

This science helps people to explore how they fit into the world, why they have certain relationships and to gain a better understanding of themselves. The symbolic interactions planets have with each other can have a significant impact on each and every person. Astrology can also provide insight on political and global conditions including the timing of major upheaval and war. It operates on the principle that there is a connection between every existing thing in the universe.

Centuries ago, astrology and astronomy were essentially the same but have since split into two separate disciplines. In the modern world, astronomy is a part of physics, relating to what planets are made of and what their origins might be. Astrology is focused on the energies the planets generate, how they interact with one another and what influence they have on lives and world events.

While astrology is considered to be a science, it is science that is based on art much like medicine. As with other sciences, its purpose is to find order in apparent chaos. Astrology utilizes math and statistical data that is based on the observation of certain phenomena, but its most profound meaning comes from understanding consciousness by way of symbolism.

Astrology can be viewed as tool that helps people find harmony with the circumstances in which they find themselves and the cycles of time itself. While it cannot act as a decision-maker, it can serve as a form of guidance and help people make informed choices within their lives. It is as much an intuitive art as it is a form of science. While many people claim to not believe in it or dismiss it as junk science, astrology is one of the most popular topics in the world, given its presence on most websites.

Despite its obvious practical uses, astrology is regarded by the Catholic church and many Christians as being the work of the devil. It should be noted that theologians Saint Thomas Aquinas and Saint Augustine embraced astrology, and many of the greatest thinkers in ancient Rome and Greece were gifted astrologers. Sir Isaac Newton studied astrology alongside alchemy, and Galileo Galili had a marked interest in it as well.

The first step in any astrological journey is the casting of a chart. This can be a natal chart, which is based on a person's date, time and place of birth or an event chart that maps out the stars on a given day, such as an election or sports match. Each chart is like a photo of a particular moment in time that shows what cosmic energy was at work when that moment occured. An astrologer will study and provide an interpretation of the chart as it relates to a person, entity or event.

The natal chart of a person is a map that illustrates all the planetary energy that was at work at the time of birth. It is as unique as a snowflake or fingerprint. This chart helps an individual understand the influences that drive decisions, relationships and major turning points. In a personal horoscope, the symbols and their position in the natal chart serve as a form of shorthand into personality and character and may give insight into future happenings.

It should be noted that while astrology is a powerful tool for understanding personal destiny, it can only act as a guide. The actual blueprint of a human life or entity is subject to change by free will, with planetary energy acting as a foundation in any set of circumstances. There is a great deal of debate regarding exactly how much free will people have, but it is clear that it plays a role.

Every person and thing on Earth has a chart that shows a beginning, middle and end. Seeing how the planets and energies work in a chart will uncover the deeper meaning of life and lead to greater spiritual understanding.