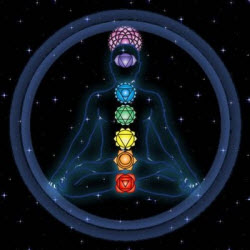 A psychic is a person who has the ability to see things, do things, and communicate in a way traditional science cannot explain. Psychics show up in literature, mythology, and history. Most recently, psychics have become popular in TV shows, like Medium and Ghost Whisperer. The idea that a person has the ability to transcend the laws of physics excites and captivates audiences, and the idea that these individuals can obtain knowledge not found in the physical world, has caught the attention of kings, pharaohs, and czars. Not all psychics have the same abilities, but some psychics have multiple abilities. Some psychics are able to tell the future or use astrology to predict events, while other psychics use their minds to move objects as light as pencils or as heavy as cars.

Psychics have had a place in history since the beginning of time. In ancient Greece, gods and humans alike sought out the Oracle of Delphi that could predict the future and give prophecies.
Early psychics, like Sammuel, appear in the bible, while modern psychics, like John Edwards, appear on TV shows. Yet, it wasn’t until the 1800s that the term psychic was coined by a French astrologer, Camille Flammarion and brought to use by lawyer and writer, Edward William Cox. It was around this time that mediums became popular in the United States and Europe, not only in the psychic community, but the general public also sought out these people to connect with the dead for advice.

People with psychokinetic abilities are psychics who can move objects or physical matter with their minds. The term, psychokinesis was first used in the book, On the Cosmic Relations, by Henry Holt. The phenomenon is sometimes also referred to as telekinesis, a term which was first used by researcher, Alexander Aksakof. Originally, people believed those who practiced psychokinesis weren’t actually able to move objects, but communicated with ghosts or spirits, who manipulated the matter. Later, popular belief moved to the idea it was the psychic’s mind that was moving the object. In modern culture, this phenomenon was popularized in the Star Wars movies, when Luke Skywalker uses, “the force,” to manipulate matter and move objects.

Clairvoyants can see or hear things normal humans cannot. Most often, clairvoyants can communicate with the dead, using their senses, or technology, like televisions and radios. Sometimes referred to as a sixth sense, clairvoyant gifts give psychics abilities to hear not only information transmitted in ghostly realms, but information, like thoughts or conversations happening so far away, it would be physically impossible for the naked human ear to ever hear them. Movies, such as, The Sixth Sense, have given clairvoyance popularity in modern cultures. Other clairvoyants show up in history and literature, like Hamlet, who spoke to his father’s ghost in the Shakespeare play of the same name.

Many people throughout history have displayed evidence of psychic powers, and as a result, have become quite famous. Nostradamus, probably one of the most well-known precognitives, predicted major events, such as floods and wars, and many people still study his work today. Sarah Winchester, heiress to the Winchester Rifle fortune, built a house to appease the spirits of the people who were killed by Winchester Rifles. She was known to have séances to communicate with the spirits to discuss plans on the house’s many additions until her death. Swiss psychiatrist, Carl Jung was known to have attended séances for many years, believing the metaphysical and physical worlds could connect.

While much discussion continues, as to whether or not physics exist, no one can argue there are circumstances in our world that supersede scientific explanation.