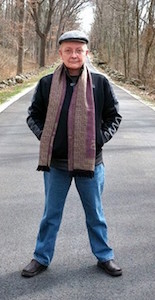 The term “psychic” brings about many misconceptions as well as perceptions, and even strikes fear in some people. It is often unsettling to hear the future, let alone by someone who can supposedly predict it.

This very idea allows many people to disprove the reality of those who possess this gift–ultimately leaving psychics in the dust and unable to use their blessed power.

It is important to note, however, that countless real-life encounters have validated the truth of psychics and their abilities, and this very fact has been translated into modern day luxuries across the world.

Watching television is an experience for those who are fortunate enough to not only own televisions, but that have the time to enjoy programs. For every thought, there is a program,especially in the modern world, and as technologies and concepts develop.

Currently trending heavily are programs that focus on psychics as individuals and with profound gifts. Miscellaneous genres exist for these blessed and talented individuals, and most of them abolish any lingering skepticism.

Alas, some people still do not share the same beliefs, and it will take far more than a television show to have them rejoice in this reality. This remaining doubt often has to do with unanswered questions and misunderstandings, though, so it is important to lay all concerns to rest by highlighting the shows with focal points on real events, with real documentation, and solid evidence in favor of these powerful, often life-saving beings.

Of the most popular misunderstandings surrounding this circumstance is the confusion pertaining to infomercials and television shows, and how to differentiate the two. Since entrepreneurs realized that they could play on people's skepticism, they have chosen individuals who are more fraudulent than credible, put them on television during hours experiencing heavy viewers, and had them play on people's fragile minds.

Those who demand that you “call them now” to discover who will love you, when you will pass away, and why a particular something has been bothering you for far too long do not actually know these answers, and discredit the talents of those who actually possess these gifts. Reality shows focusing on these individuals, though, validate their existence and why they need to be recognized more profoundly, rather than constantly made a mockery of.

How do I know what shows are real and which are not?

Determining the genre of the show beforehand is important, as it immediately foreshadows its context. Fictional shows are false and strictly for entertainment, while non-fictional, reality shows are credible, on the contrary. Most TV programs offer a message in the beginning that states whether or not the show is based on real-life events. Paying attention and performing some research is a great way to lay your skepticism to rest.

What if a show does not provide the name of the psychic? Does it make the show fictional?

Not necessarily, as the majority of shows focusing on psychics nowadays tend to fall under the category of crime dramas, so if a psychic remains anonymous, it might be for their own protection, the safety of the victims and their families, or even the protection of the case.

This is a question open for many opinions. A popular trend is placing psychic mediums on television, and having them heal the hearts of many people who are still grieving. Some would consider this a psychic ability, while others would categorize it differently, in a class of its own. Ultimately, the answer is up to you.

I have seen shows about psychic children. Are they really psychic?

Those with this gift are born this way, so children demonstrating these abilities are truthful and are, often, easier to believe, due to the fact that children do not necessarily know how to distinguish between the truth and a lie. Essentially, they do not know what skepticism is nor do they have the desire to disprove it, so they say what they know, feel, and are likely to be correct. A show that highlights these children is “Psychic Kids,” which stars well-known psychic investigator, Chip Coffey, as he collects children demonstrating these gifts, and teaches them how to harness their abilities.

I have compiled the following list that is always being updated that includes TV shows about psychics:

People seem to forget that cases are time sensitive, and the failure to name a suspect quickly can make the case go cold for decades. So, what happens when the detectives are out of time with no leads? Well, psychics often take the reigns and solve the cases. Of course, the law has not yet confirmed the reliability of a psychic being the end all of a case, so it is up to detectives to collect the pieces of this expert's puzzle.

The world of forensic science has actually added a department where psychics reign supreme. This show focuses on this branch, some of law enforcement's most baffling cases, visual effects, and word of mouth examples where these abilities lead detectives in the right direction, granted closures to families, and put criminals behind bars. Lemuel Smith is one of the many criminals put away as a result of a psychic's ability covered on this show.

This is a documentary series that discusses real cases that would not have been solved without the assistance of these supernatural beings. Pitting two points of view against each other (the detective's and the psychic's), this show comes together in a rejoiceful manner worthy of a celebration when the case is solved.

As previously mentioned, American psychic investigator, Chip Coffey, learns of kids across the globe who demonstrate these abilities, asks them to join him for a brief time, and has them work with adult mediums and psychics as a means to harness their abilities, better understand them, and learn how to deal with the ridicule associated with the gift.

Differing slightly than the above mentioned, this suspenseful series focuses on three people: Psychic profiler, Carla Baron, medium, John Oliver, and Patrick Burns, who is a paranormal investigator. These three professionals visit unsolved crime scenes, work off the indications and messages that they receive there, and report any findings to the appropriate parties. These three have healed the hearts of dozens by configuring clues through the use of their abilities.

Following psychic, Allison DuBois, as she works at a District Attorney's office in Arizona, the show translates the struggles of those who possess this gift and the stress it really places on them both mentally and physically. As high-profile cases come pouring into the office, things are seemingly business as usual, but every once in a while, DuBois begins to have dreams pertaining to the cases. However, the dreams foreshadow information and events not yet known.

Following her struggle to have people believe she is plausible and the reality of losing continuous sleep, the plot of Medium only thickens when DuBois suspects her daughter shares similar characteristics and abilities. This is one of the more popular shows following these special individuals, and many people have attempted to disprove Allison's claims since the show came out in January 2005.

Created by Chris Carter, this crime thriller follows the life of a criminal investigator who is eerily good at his job, due to the fact that he is able to see into the minds of high-profile criminals. Though the show was created rather than follows the real-life accords of a person, it perfectly highlights the truth behind psychic investigators and their prominent part in law enforcement. It also melds the concept and specialization of a Forensic Psychiatrist and combines it with psychic abilities–ultimately making for one interesting show.

This quirky program follows the life of Sonya Fitzpatrick, who is a pet psychic. People flock to this expert for explanations as to why their pets do what they do, and she channels her communication skills with these animals to find the answers. By solving these problems, both the pet owners and Sonya are able to feel a sense of connection to the animals that become family.

This reality series follows a group of investigators who act like professional police officers by day, and do a little ghost hunting by night. Their combination of the two skills brings them closer to solving mysteries as they channel in on their abilities. Based in Northeast and Central Pennsylvania, this show has been on since 2011.