What is a Starseed? 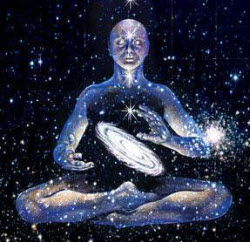 In the vast expanse of the Universe which stretches throughout all space and time, souls are born and born again into different incarnations. Reincarnation is not an unusual belief.

While many souls stay within the bounds of this one planet Earth, star seeds are individual souls who have traveled the cosmos and originated on other planets and even other galaxies. It is possible that they come from other dimensions as well.

Some say they are well-traveled, having spent lifetimes on different planets or in different star systems. During these travels, they have learned so many mysteries and abilities not usually found on Earth. Others view them as new beings, souls or spirits who identify only with their original home, wherever that may be.

They are, as their name suggests, formed and birthed somewhere out there among the stars and seeded here on Earth for a particular purpose. Whether they are ancient souls with all the experiences that would bring, or newly-minted beings, there are several characteristics, abilities and beliefs that all starseeds share.

Starseeds can be identified with some common variables, but the overwhelming feeling is one of displacement and discomfort with the modern Earth society and cultures. These people may walk through this life with a pronounced sense of loneliness or of being alone even with friends and family around them. They may appear more intelligent than others and have more innate wisdom such as is found in people commonly called ‘old souls.'

The planet Earth’s political, financial and social systems seem foreign and uncomfortable to them. They lack logic and common sense as the starseed understands it. These people may operate more comfortably outside the realm of normal culture and may even be the ‘black sheep' of the family or have trouble with the law in their younger years before realizing their true potential through awakening to their starseed self.

Interest in space exploration, paranormal mysteries, UFOs, higher powers and even science fiction may help a starseed feel more comfortable in this world. Many have had UFO and abduction experiences.

Rather than the usual human horror-movie emotions associated with spacecraft and beings from another world, these experiences can bring comfort and awakening to these people. Others will view them with regret, as reminders of the fact that they cannot return to their original home and must stay stuck on Earth for this lifetime.

Average humans may view them as eccentric or just plain nutty. They are people who stand outside the realm of ordinary human concerns and practices. They may shun standard education, nine-to-five jobs and career interests, and any political, cultural or sports conversations.

There is an air of something different about them, something a bit incomprehensible to the average earth human. Starseeds may not interact in expected ways, and rarely fit in to the status quo, but they have a true purpose here on Earth for all beings.

Besides great intelligence and a feeling of disconnect from the modern Earth world, starseed people often have extraordinary gifts in mental and physical capacities. These can range from creative talents in the arts, creativity, teaching and healing to more obscure mental powers in telepathy, psychic abilities and astral projection. Many are extremely intuitive, have large amounts of empathy for others and may have prophetic dreams.

Starseed exist for a purpose in the grand scheme of the Universe and all time. They are sent to Earth as messengers, prophets in the non-religious sense of the word, and activists to propel Earth and its people into a new age.

While a few starseed are aware of their purpose from birth or very early in childhood, many struggle with the feeling of not belonging well into adulthood. They are waiting for their own awakening. Something triggers memories or a drive to activate at some point in their lives. This moment is when the wisdom of the cosmos becomes a conscious part of them and they are able to accept the mission they were sent here to accomplish.

What is that mission? There is not one over-reaching and all-encompassing mission, such as the Hollywood idea of global domination, which all starseeds aspire to. Each individual carries with him a seed of light, advancement or knowledge intended to facilitate a positive change for this planet and its occupants.

They pave new roads in many aspects of our society: technology, health-related or healing practices and various other innovations of mind, body and spirit. More importantly, starseeds work in concert to guide humanity into the dawn of new inspiration and oneness with the divine source.

Starseed spirits journey here to fulfill their part in the grand story of the Universe. While they may spend a large part of their life feeling adrift, out of place and alone, they will awaken to their true purpose as guide, teacher and healer to this planet Earth and its people.