Can A Psychic Communicate With A Spirit? 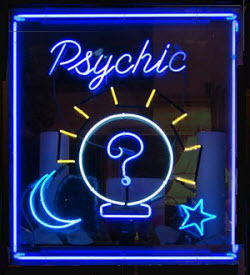 Some may consider “spirit” to be an ambiguous term because of its multiple literal meanings and how it's perceived by the average person. The dictionary describes the spirit as being the essence of an individual which is jointly connected with or a part of the soul. From scriptures in the Bible, one could ascertain that the spirit enhances the soul by providing definition and character to its being. The spirit brings life to a soul that may be dead and the soul provides a place for which the spirit can inhabit. It could be said that the soul operates on a corporeal or earthly plane while the spirit operates within a celestial or heavenly existence.

However, there are those who believe that spirits are actually apparitions representing certain beings that can be human or non-human that appear in ghostlike manifestations. They see spirits as beings who lived at one time and have survived the death of the physical body. They continue to wander within earthly dimensions for reasons such as having specific actions to carry out or they are simply resistant to moving on to the next realm of the life or death cycle.

Can a Psychic Really Communicate with Spirits?

Before any determination can be made, the first thing that everyone has to agree upon is no living person is fully equipped to state unequivocally that humans can or cannot communicate with spirits. This is because as living beings, we have insufficient knowledge about the spiritual world or death. However, since there have been numerous instances of unexplained events that has happened to people all over the world at one time or another, it behooves us to at least consider the possibility of the existence of a spiritual presence surrounding us that could be contacted or interacted with under certain circumstances.

When delving into this subject, the first thing a person will have to consider is the fact that much of the so-called “phenomena” is a gimmick specifically set up to finagle money from the bank accounts of weak, impressionable people who are desperately seeking answers from the beyond. Unfortunately, it's likely that the majority of “psychics” are false and only interested in growing wealthy by exploiting other people's troubles. Technology provides an exquisite platform for con artists to work out events that appear to be miraculous to the average eye and because people are totally enamored with learning about present mysteries and future secrets, psychic phenomena has become big business garnering serious money-making potential.

Secondly, it must be kept in mind that there are many people who obtain great pleasure and power from gaining control over someone's life and this power is even more tantalizing when people hand themselves over willingly and freely, fully entrusting their lives in the hands of another person. Therefore, a person must determine if what they're being told is really the truth or whether it's being said simply to achieve some other selfish goal.

Once all the gimmicks and trickery has been plowed through, sound judgment can enter into the picture placing a person in a better position to be able to figure out whether what they're presented with is genuine or not. Every human being has a discerning, intuitive ability that enables them to know when they're witnessing an authentic revelation; it's a matter of shaving away all the naive expectations and replacing it with a desire to know the truth no matter what that may be. Preconceived notions will have no place here because people have to be prepared to see or hear something totally unexpected.

Can a psychic really communicate with the spiritual world? That's a question that's not easily answered because while most “psychics” may be counterfeit, there could very well be a few out there who are truly connected and able to interact with an unearthly presence. However, since psychic phenomena delves into the unknown, everyone who approaches this realm should be warned to approach it with caution. It's already shockingly clear that horrors exist in the world that are hideous enough to cause tremendous harm to individual lives. Therefore, it stands to reason that there could definitely be horrors in the spiritual world that could be equally disturbing. So people should be careful not to open certain doors during this type of quest that they could eventually regret in the long run.