Psychic Kids: Imaginary Friend or Visitor From The Other Side? 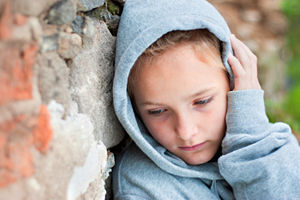 It is common for children to talk about the relationship they have with their “imaginary friend”, and even more common are the adults who tend to placate the creative imaginations of their children.

After all, children generally grow out of the phase of talking to an imaginary friend; as suddenly as their friend arrived, the day abruptly comes when the child simply stops asking their parents to set the dinner table for one more guest.

Assuming this imaginary friend is only created in the minds of young children who are soon to grow out of this phase, the adults in that child’s life may not think much of it or think to do anything about it.

It is important for parents to ask deeper questions of this imaginary friend: Is it a boy or a girl? How old are they? What do they look like? What do they like to talk about? As much as this may seem like a silly notion to encourage a child to provide details about a person that cannot be seen, it may provide clues into the true nature of this relationship that the child is developing, be it with their own selves by projecting a secondary “self”, or whether they are in fact connecting with a ghost or spirit from The Other Side.

The more details the child is able to provide about their “friend” the more parents can learn important clues about who the child “sees”, why the child is “seeing” this person, and what the intention of this relationship is. If the child is seeing a ghost, there is a purpose for the ghost to be communicating with the child.

On the contrary, if the child is experiencing nothing more than a high dose of imagination, than the parents can still use this information to acquire great insight into the child’s state of mind and their emotional barometer based on the things the child is “imagining”.

Once greater details are provided about the imaginary friend, the parents should evaluate the information to determine if any of it could be outside of the scope of the child’s understanding of circumstances, events, people, places, or even their own knowledge of certain words or phrases.

Is the child repeating comments made by their “imaginary friend” that are outside of their own understanding or vocabulary? Are they describing a person from a different time period or place in the world that they are too young to have any concept of?

Even more important, is the child giving any indication that their imaginary friend has ill-will or ill-intentions toward itself, the child, or the child’s family? If so, this type of relationship is a red flag for concern, whether it is a ghost or not. Either the child is experiencing a deep emotional disturbance within him/herself or the child is in fact communicating with a ghost who has not yielded their Earthly emotions upon death, and is still seeking to potentially cause harm to others, seek justice, protect home or material things, or exact revenge.

For ghosts and spirits, children are the easiest of humans to communicate with. Due to their more recent travel from The Other Side into their Earthy bodies, they are still highly attuned to the Other Side and the veil between that world and ours is paper-thin for them. In addition to that, 80% of children born after 1978 are what have been called the Indigo Children, who are gifted with great insight and psychic ability.

Nancy Ann Tappe, a teacher and counselor who was born with synesthesia, a condition that allows her to see color auras, first revealed this. Nancy discovered that after 1978, the majority of children were born with a brilliant, dark blue aura that she called Indigo. It is within these children that she discovered all were gifted with a powerful awareness unlike any others.

The birthrate of Indigo Children increased in numbers after 1990, with nearly 90% of children emitting that same blue aura. Within these children, the same traits are generally seen:

Psychic children use their right brain as well as their super-subconscious (or Higher Self) and are deeply connected to their insight and intuition. What may be seen as imagination or precociousness can often be a child’s highly intuitive gift. It is important to nurture these gifts if they are realized so that the child does not feel alone or wrong for having these unique qualities.

In 2008, A&E premiered Psychic Kids: Children Of The Paranormal, a reality show that aimed to provide young children with psychic ability the support they needed. The show spent each segment focused on children whose family had determined they had a special gift of intuition, mediumship, and psychic ability.

Chip Coffey, world renowned psychic and medium, hosted the show and would help the children harness their abilities while also showing them that they were not alone.

Often, children with psychic abilities are isolated because they cannot connect with children their age who are not as right-brained and intuitively focused as they naturally are. The show aired for three seasons, before airing it’s final episode in 2010. Many shows like it have been in the creative brainstorm sessions of television executives, but we have yet to see a show like it. In a time with so many intuitive children being born, it is important to give them the support net and freedom to openly be who they are.

If you have a child who has a psychic ability, it was likely passed down through the family genetic line. It is almost a certainty that this gift is not the first seen in the family line. Generations and centuries ago, any possibility of these kinds of gifts being known could have meant being put to death for the gifted person.

But as we have come to know psychic ability as special and admirable, people today who carry this ability are not only being more open within their own homes and communities, but also being represented on television shows such as Psychic Kids, and Hollywood Medium with Tyler Henry – a 19-year old psychic medium who revealed his gift by giving readings to students and teachers at school when he was a child.

Should you know that your child is displaying an undeniable ability to simply know things or connect with those from The Other Side, be sure to find a good mentor for them at a young age; someone who has the same abilities they do and can help guide them to use this tool wisely, safely, and with positive intention and purpose.

It is also very important that young, psychic children are taught how to protect themselves from undesirable entities (ghosts and spirits), negative energy, and psychic overload. Just because they have a window upon which they can see a bright light that many of us cannot, does not mean that they do not have a window shade that can be drawn when they need. They must learn how to prepare for psychic information, and also how to briefly “clock out” when they need to.

Be it a wild imagination or a true encounter with a ghost from The Other Side, listen to the child and meet this “imaginary friend” with the same interest you would have with any friend they brought home. You will want to know who it is the child is insisting be seated with you at the dinner table.