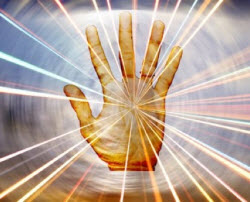 For centuries people have sought answers to their everyday concerns about money, love, their health. When they could find no solution to their problems in this realm, they turned to those who can see into the next. It is especially in matters of health, when one is in chronic pain and can't find relief by traditional means, that people look for alternative treatments to relieve their suffering.

The relevance and validity of psychic phenomenon has been debated for years, and the question is one which can't be answered in the scope of one article. Whether one has been helped in their personal or financial life through the aid of a psychic is often subjective. However, with medical conditions, there is often scientific evidence to back up a claim of healing- tumors that were visible are suddenly gone, documentation of life-long health problems that are arrested or reversed- there are many cases throughout written history of people who have been healed through non-traditional means.

In the days before x-rays, labs, and diagnostic testing, it was difficult to determine if a patient was ‘healed.' A doctor could say that one suffered from an illness, family members could say, “Yes, he was sick, and now he has recovered.” If a person was blind, and subsequently recovered their sight through no medical intervention, one could say that a miracle had occurred, but there was no real proof that this was done by means of psychic healing. There were many cases of outright fraud as well.

Such is not the case in modern times. The June 2000 paper entitled “‘The Efficacy of “Distant Healing': A Systematic Review of Randomized Trials” details the results of a study of psychic healing, in which it was determined that more than half of the subjects involved who were treated by a psychic healer showed evidence of an improvement after treatment, and that more study was warranted.

Another example is research conducted by Dolores Krieger, a professor at New York University, who used a study of blood samples as a means of determining whether or not patients in the study had achieved a significant change in their condition. Ms. Krieger used a control group of untreated patients with similar medical conditions to the patients who were to receive treatment through a psychic healer. Of the 49 patients treated, all showed a measurable amount of improvement, and this positive effect was still seen in a follow-up examination a full year after the original study.

Psychic healing can take many forms, from the laying on of hands by an individual psychic healer to prayer circles. Some skeptics may claim that this in itself can influence the individual being treated, that they are perhaps fooling themselves into believing they are cured, an experience similar to the power of suggestion. However, this does not explain persons who are not aware that they are being psychically treated but who subsequently experience an improvement or reversal in their condition, such as in the case of distance healing. Nor does it explain the absence of cancer cells or other scientifically measurable physical ailments that were present before consultation with a psychic healer. These cases are documented time and again by researchers and doctors who can find no visible, scientific explanation for such reversals.

For many years, psychic healing has been denounced as charlatanism, a sort of scam used to take advantage of people who are desperate for help to end their pain and suffering. Recently, medical science has been forced to take another look at this phenomenon, as case after case of unexplained healing has been documented. As science and technology have advanced to the point where such cases can be studied more thoroughly, some doctors are beginning to take a second look at psychic healing as a viable alternative to, or as an option used in conjunction with, traditional medicine. More and more, physicians are beginning to realize the value of utilizing alternative means to treat illnesses in cases where traditional medicine has failed to help.

Is it all mind over matter, or do psychic healers really exist? I think that to those who have experienced such healing, it doesn't matter. What matters is a relief from their symptoms and an end to their pain and suffering, by whatever means.