Is Psychic Ability A Genetic Gift? 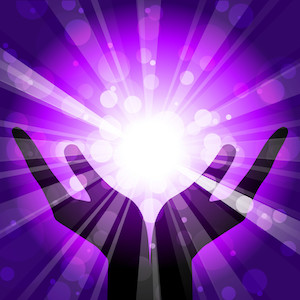 What does it meant to have a psychic ability, and where does it come from? Is psychic ability genetic? We are still waiting for the undeniable science that will prove once and for all the answers to these very questions.

Science gets closer and closer to providing a better idea of the phenomenal abilities that some people carry.

The closest we have gotten to true science that “proves” a person’s special phenomena is what is now called Synesthesia. One of the earliest documented conditions of neurological phenomena, its documentation of existence goes back as early as the 1800’s.

This condition holds the scientific name for what many have previously believed to be unexplained gifts. Synesthesia is known as a neurological condition that can give someone a number of special abilities – up to sixty different variations, in fact – that allow people to “see” music, “hear” colors, and “feel” what others are feeling simply by touch.

These abilities have often been understood to be a person’s heightened ‘sixth sense’, which categorized them as “psychic abilities”. Synesthesia is a condition that has been proven to exist in people that are genetically related, which validates a long-debated discussion about whether special abilities such as these are inherited gifts or a product of nature and nurture. In addition to inherited genetic Synesthesia, this condition can also be brought on by post-hypnotic suggestion, deep meditation, other spiritual practices, mind-altering drugs, extreme trauma, or near-death experiences.

The fact is, special abilities far exceed even the sixty variations of Synesthesia. What makes someone intuitive? What makes them psychic?

Here is the exciting news: we all have intuition. Intuition is that voice inside our head that often sounds like our own, and it delivers messages and hints for our own personal journey and direction. This internal compass is the inner guidance we all receive to help us along our unique and individual paths in life. A psychic ability is something that not everyone has, as this is the ability to allow energy to flow through you in order to give messages to others.

These messages through a psychic ability can come from the others person’s Divine or Higher Self, God, or non-physical entities. This is what makes psychic abilities different than natural intuition; psychic abilities give messages on behalf of others; intuition gives each of us messages about our own selves – that is, if we concede to listening.

It’s common for many of us to underestimate our intuition. Because we “hear” it in our own voice, we often discredit the hints, suggestions, and warnings we are given – believing we are “making them up” with imagination. In fact, these intuitive directions are coming from our own Higher Self and Divine Order.

Because you are receiving billions of pieces of information each day, it is highly probable that intuition and psychic energy are being flowed through you multiple times a day, or even multiple times a minute. The ability to strengthen one or both abilities is an option for each of us, but to understand this better, let’s use the example of how you might see yourself learning to play the piano; you can learn to play the piano but you may never be comparable to Beethoven because he had a genetic disposition to be an extraordinary piano player.

In the same sense, if you are intuitive but do not carry a deep capacity to have psychic abilities, you may be able to catch a few waves of energy flow by practicing and honing any dormant psychic abilities, but you may not find you ever possess it as strong as a renowned psychic would.

As we broaden the strokes of understanding all of the ways that psychic ability exists, we began to lose the scientific evidence to prove it is genetically inherited. One of the ways we can create a strong premise to support psychic genetics is by looking at biological twins. There ability to have psychic intuition about each other is a phenomenon that we have seen, studied, and proven through science over and over. If twins often possess the ability to “feel” what their twin feels, or sense when they are in danger or need, than could we not use this to hold up the argument that psychic abilities would have to be genetic?

It seems that the proof is in the pudding, so they say. We may not yet have the full scientific proof that psychic abilities are genetic, but we can look at countless stories and accounts of psychics who claim they received their gift from ancestors.

Looking at the family lineage of the late renowned psychic, Sylvia Browne, the claim is that psychic ability spans many, many generations in her family. She was most influenced by her maternal grandmother Ada who was born in 1865 and had a multitude of psychic gifts, including the ability to “see” visions and spirits (clairvoyant), “hear” voices from The Other Side (clairaudient), and feel others feelings and energies by touch (clairsentient).

Sylvia had two sons of her own who were also born with the ability to see spirits and “know” things from a very young age. Sylvia's son, Chris, grew up to then have his own children, one of whom is Sylvia's granddaughter Angelina. It is in this youngest grandchild that the greatest of gifts was received:

Sylvia claims to have witnessed the child pick up a small dead bird and hold it in her hands, then moments later watch the bird flutter to life and fly out of her hands. The child has also shown telekinetic ability – moving objects with her mind.

Psychic gifts have been known to pass down more commonly through female lineage, and can often skip generations. In Sylvia Browne’s case, her mother did not carry the gifts that her own gifted mother, Grandma Ada, had possessed. However, she carried the psychic gene and passed it onto Sylvia. It would make sense that if a soul decides before reincarnation to have a psychic Life’s Path, they would “choose” a family that offers the ideal DNA and environmental influences to help foster this other-worldly gift.

Take a look at your own family lineage; could there be a psychic pattern through the generations that goes beyond natural intuition?