The Difference Between Premonition and Precognition 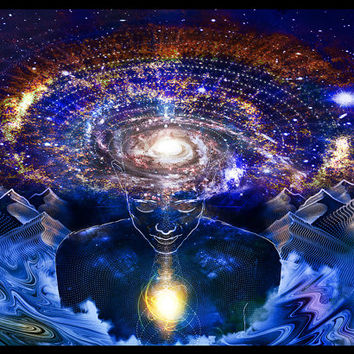 Premonition and precognition are two distinct words often confused and used interchangeably. This article will serve to define the two terms individually, and explore both their similarities and their unique differences.

The realm of parapsychology, defined by Wikipedia as the “study of a number of ostensibly paranormal phenomena”, is extensive, covering everything from telepathy to reincarnation. While frequent debate occurs regarding the scientific validity and soundness of the field itself, equal conflict exists when attempting to define its very terms. The issue is further complicated by the portrayal of parapsychology in mainstream media and entertainment.

Television shows dealing with the paranormal and occult practices continue to flourish, though rarely bothering to correctly define their terms and accurately portray the major ideas of the field. The unavoidable result is a sorely misinformed public, only able to grasp a vague generalization of what parapsychology is all about.

Case in point, the confusion between premonition and precognition. Both clearly cover similar grounds, having to do with ‘the before’. Both deal with certain elements of clairvoyance, and both terms originated from Latin roots. Premonition and precognition can both occur during waking or sleeping states, although we will discuss the trends for each in a moment. So similar are these two terms, even specialists in the field default to using them interchangeably. To begin to uncover their differences, let’s tackle each definition individually.

As defined by the Merriam-Webster dictionary, precognition is “clairvoyance relating to an event or state not yet experienced.” Derived from the Latin praecognoscere, it can be literally translated as ‘to foreknow'. Typically associated with dreaming, this term refers to the act of seeing an event before it occurs.

Though a conscious act, it is not necessarily controlled or self initiated. The majority of the time precognition is reported to occur in dream states, during which the recipient clearly has no control over the vision. Other times precognition may be induced while awake by trance or other means of deep meditation.

It is often misunderstood that precognitions must be exact visions of the event to come. Though they may be very direct and straightforward, they might also be quite abstract. For example, one might dream of dying in a fire, only to find out a day or two later their place of business is closing. This is where symbology and the study of deciphering dreams comes heavily into play.

It is thought that keeping a dream journal and recording in detail every aspect of dreams immediately upon waking (as well as tracking their date) can help tremendously in determining whether dreams are actually precognitive, or just seem clairvoyant in the moment. Whether abstract or not, precognitions always involve visions of events to come.

What then, are premonitions? The popular 90’s TV show “Charmed” would have you believe they are exactly what was described above. Unfortunately, the entertainment industry doesn’t always get their facts straight. It’s true, premonition entails a certain level of clairvoyance, however not by way of sight. Where precognitions deal with actual visions and images of the future, premonitions are associated exclusively with the emotional realm.

Typical premonitions occur in relationship to negative events to come- one may feel an overwhelming sensation of anxiety or foreboding before a tragedy. A definition can again be traced back to Latin roots. Originating as praemonere, a premonition is described by Merriam-Webster as a “forewarning”, or “anticipation of an event without conscious reason”, or (literally) “to warn in advance”.

Even looking at the mere definitions, the difference between premonition and precognition is noticeable. Precognition involves foreknowledge, premonition only forewarning, with no specific knowledge of the coming event. The feeling of deja vu is closely related to premonition, as it requires only a familiar, somewhat parapsychic sensation. So as not to confuse, the subtle difference here is that premonitions relate to events in the future that have not previously occurred, whereas deja vu concerns events that have seemingly already happened, but are coming to pass again.

It is not uncommon for premonitions to occur during waking states, though they also can arise during dreaming. In many cases of clairvoyant dreams, premonition and precognition occur together, further complicating the discussion of their innate differences.

Unlike precognitions, premonitions are never symbolic. The emotions felt during a premonition are always directly related to the event to come, and mirror the emotions that will be felt as it takes place. Premonitions are not thought to be controlled or self induced, but rather to occur spontaneously without conscious effort.

Why the distinction? What is the point in unmasking the differences? Many followers and practitioners of parapsychology identify with the belief that psychic capabilities are inborn qualities that can be found and developed in every person. Though science, dealing with concrete, measurable facts, proves to be a strong opponent to parapsychology, the general public maintains a fascination with the realm of what cannot be explained, only felt and perceived.

As members of modern society, however, we cannot help but crave proof by way of personal experience to be sure. It may be difficult for someone to entertain the idea of precognitive psychic visions, but even the skeptic cannot deny the existence of premonition and psychic feelings.

Just as premonitions cannot be controlled, they can neither be denied, and because they exist independently of dream states they cannot easily be written off by the waking mind as precognitive dreams can. The chances of the average person becoming consciously aware of one or more premonitions in the course of his or her lifetime far exceed the chances of recognizing a precognitive experience, let alone accepting one for reality.

Parapsychic practitioners and enthusiasts hoping to expand their audience must take note, and capitalize upon the level of psychic occurrences a skeptical public is prepared to receive. If they can hone in on investigating and explaining the subtle clairvoyant experiences we all are personally acquainted with, perhaps they can open our minds a little wider to the possibility of a psychic realm. Only then will they be granted authority to more credibly discuss precognition, and influence the public with the lesser accepted psychic occurrences.