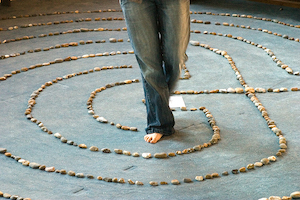 Human beings progress through these first four levels of initiation during their lifetimes spent on the physical planet. Beyond the fourth initiation, souls no longer need to reincarnate. The spiritual attainment of such souls has superseded the development possible on Earth because they have already reached enlightenment.

Ascended masters were once sheer mortals who roamed the Earth in physical bodies. They were born into this world in the same way that everyone was born into this world. When they were born to their mother and their father, they obtained a human body. The human body is just an outer self. The outer self is just a shell made of flesh. Some ascended masters may have undergone many karmic incarnations and took on one flesh followed by another flesh. They have repeated this donning and shedding of new and old skins many times. Conversely, others may have only needed to live in one physical body before they ascended.

All ascended masters, however, have become free from the cycles of re-embodiment. They all have attained their freedom from the cycles of re-embodiment via wisdom and mastery. Their wisdom and mastery is of the incarnate God veiled within their mortal shell. They divined that the skin worn by material creatures is merely the embodied manifestation of the presence of life. The presence of life is the Almighty God who radiates love, light, and manifests in all of the universe's octaves. The Almighty God is in fact individualized. When the Almighty God is personified in individual flesh “The One” is called the “I AM” presence. In every flesh that exists in every universe, there is a “Mighty I AM Presence” held within its mortal capsule.

Ascended masters acquired the wisdom of their “I AM” presence when they were individuals dressed in physical bodies. They eventually found out about their true identity. Their true identity is the unique individualization of God Almighty residing within themselves. They ascertained that all existence comes from “The One.” “The One” is the original source after all. From “The One” comes one energy, one substance, one power, one intelligence, and all forms of existence and consciousness. From “The One” comes all in life, yet all of life is one. The ascended masters have gained understanding of these details and have gone one step further. They have taken the next step and become connected with “The One” interpenetrating their own existence.

Ascended masters have regained full union with their “I AM” presence. When full union with one’s “Mighty I AM Presence” is regained, the state of ascension is reached. Ascension is a complete and permanent union between true identity and the outer self, which is then raised and purified upon full union.

Through ascension, ascended masters have united with their “I AM Presence.” In order to reach ascension, they became both wise and masterful in many ways so as to regain full union with their individualized presence of the highest living God. They achieved mastery over the confines of the planes of matter. Each sought and fulfilled his or her own divine plan, better referred to as Dharma. In addition, they balanced a minimum of fifty-one percent of their negative karma. By doing all this and more, an ascended master becomes a source of truth in existence. They provide unconditional love and light to all life. They emanate divine love and light to every form of existence and consciousness. They transcend mortal life, yet still penetrate all existence, with the universal all-pervading presence of life.

In ascension, there is unity between the spiritual and material elements in this universe. The ascended masters seek to help those who have yet to find their individualized “I AM” presence. They teach people who live on Earth how to rid themselves of unwanted hostile karma through loving kindness. They guide people as they progress through spiritual transformation.

They stick by those who fail to progress and instead regress in a reincarnation. When a person’s soul has reached a point that reincarnation becomes no longer relevant, they still remain steadfast in their support towards one’s spiritual development. They want every member of humanity to evolve upwards. The Great White Brotherhood and the Seven Chohans are examples of ascended masters who are striving for the upward spiritual development of humankind.

El Morya is an ascended master who lights God’s will. God’s will is most clearly in the first ray. In the blue light of the first ray lies God’s willpower, faith, and material goods. Ascended Master El Morya had multiple incarnations. He was Father Abraham, one of the three wise men, King Arthur, and Sir Thomas Moore.

When a soul successfully passes all the initiations needed in order to ascend, that soul will then help all the souls confined to Earth to be elevated up to the ascended galactic society. There may be future ascended masters reading and learning about ascension and the sixth dimension. They will free themselves of their physical bodies and spiritually ascend to a higher sphere via a light pathway.