Who Was Robert Monroe? 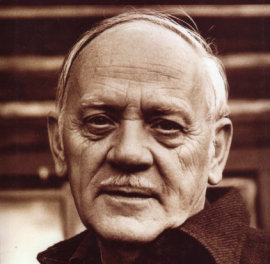 Business executive, research pioneer, author, inventor, leader, and family man — Robert Monroe was just about everything during his lifetime. Not only was he a founder of the Jefferson Cable Company and The Monroe Institute and the inventor of Hemi-Sync, but he was also a notable pioneer in the study of human consciousness, with his writings on the subject recognized world-wide and even popularizing the term “out-of-body-experience” in popular culture.

Robert Allan Monroe (later known better as Bob Monroe) was born in Indiana on October 30, 1915. His father was a college languages professor who often led tours into Europe, and his mother was a medical doctor and musician. He was raised as the third of four children in a humble household in Lexington, Kentucky. While growing up, he displayed a great natural ability with mechanics and a fascination with flight and music, and was even able to read some degree of music by age four.

After his childhood, Monroe went on to study at Ohio State University, but ended up temporarily dropping out in his sophomore year. According to Monroe, this was due to falling behind in his studies after a hospital stay necessitated by a facial burn. After almost a year away from the university, he returned to complete his education and study a variety of fields, including pre-med, engineering, and journalism. He eventually graduated in 1937 with a Bachelor's Degree in English.

Monroe quickly got into the radio business after college, working as a writer and director at multiple Ohio radio stations over the next two years. He moved to New York after this to further his broadcasting career, and directed/produced weekly radio programs; eventually, he founded his own radio production company, RAM Enterprises. This company was producing 28 radio shows a month by the 1950s, including some extremely popular quiz shows. Simultaneously, Monroe was gaining independent fame as a composer of music for radio, television, and even film.

Around 1956, Monroe decided that the company needed to become something more, and RAM Enterprises soon had a research and development division — a natural but unusual choice for such a company. This division of RAM Enterprises was dedicated to studying the effects of sound on the human consciousness, particularly during one's sleep. Monroe was personally interested in this, especially the concept of being able to learn things during your sleep through the use of sound.

Monroe was always said to be a man of integrity, and one who would never ask an employee to do something that he would not. As a result, it was unsurprising that Monroe volunteered himself as a test subject of various experiments, particularly those researching sleep-learning. This was a relatively routine procedure until around 1958, when Monroe started to experience what felt like paralysis and vibration of his surroundings, and bright lights shining on him from unknown sources.

This occurred several more times over the coming weeks, until, eventually, something extraordinary happened: Monroe experienced a sensation like his consciousness was actually separate from and independent of his physical body. He described this as an “out of body experience, which is a term that was coined by Charles T. Tart, Ph.D, a prominent figure in the study of human consciousness. At the time, Bob Monroe failed to realize that he would soon become a prominent figure in the field, himself.

The strange experiences Monroe felt changed both his life and his mind, and his perspectives and goals transformed into something new. While he did continue his successful career in business, he pursued his new-found passion for this strange research by authoring a book recording his experiences, which he published in 1971. The book, entitled Journeys Out of the Body, was written not as a highly personal and subjective account, but with an objective tone and a scientific manner about it. This book became extremely popular for its detailed chronicling of these out of body experiences beyond the natural, physical world, and ended up comforting and encouraging a vast number of people who had experienced paranormal events.

Not only was the book successful with the public, but in academia as well. Monroe's writings attracted the attention of researchers, doctors, and other professionals across the globe — naturally, Monroe wanted to pursue this further, and was encouraged by others to do so. He was soon supporting a rapidly expanding team of researchers searching for ways to reliably apply their findings to a practical use, and ways to expand their knowledge of manipulating and enhancing the human consciousness ever-further.

This led to Hemi-Sync. Hemi-Sync, which is short for hemispheric synchronization, was a technology developed to be a simple, easy to use product that can alter the state of the brain and the human consciousness in a variety of positive ways, all through the use of sound. Around the time that this technology was developed, the research group was also expanded into an organization known as The Monroe Institute, which was dedicated to regularly gathering together researchers for the purpose of expanding universal knowledge about the human consciousness. Bob Monroe's vision was coming to fruition.

Robert Monroe spent the next twenty years of his life pursuing this further. He not only continued to research the ways that sound could alter and enhance the mind, but also personally teach others about them. He initiated many projects in this vein of thought, including building a campus dedicated to researching and teaching such information for the good of all, developing events that allowed people to personally experience dimensions beyond our physical space-time reality, and creating a great number of audio exercises that allow anyone to alter their mind in a number of positive ways. (These included honing the mind's ability to focus, reducing natural stress, inducing restful sleep or deeper meditation, and being able to better deal with pain.)

While doing this, Monroe also wrote again. He authored a second book that was published in 1985 entitled Far Journeys, which was meant to expand upon the personal experiences he'd written about in his first book. This was followed by his third and final book, Ultimate Journey. This last work, published in 1994, was dedicated to explaining basic truths about life and its ultimate meaning and purpose, as well as what lies beyond the very limits of our natural world, and our lives as well. It was his final word of advice and guidance to the world at large. Bob Monroe died less than a year later, at the age of 79.

Though Robert Monroe died in 1995, his legacy lives on. His works have not only touched and enhanced the lives of literally millions of people worldwide, but also enhanced study of the human mind by leaps and bounds, and set the groundwork for plenty of research to come. Many of the people who worked under Monroe remain in studies to this day, and Monroe's children have taken up the mantle of leading Monroe's company to new horizons. Truly, Robert Monroe was a man who changed our most fundamental view of human consciousness as we know it, and his work has paved the way for many more great wonders to come.