Who Is Psychic Medium John Edward? 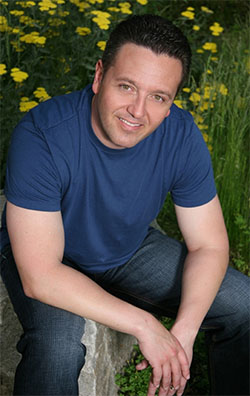 An internationally known psychic medium, John Edward naturally and easily captured the hearts of millions when “Crossing Over with John Edward” aired from 1999 – 2004 on national television and catapulted John into America's spotlight. He later had a show called “John Edward Cross Country” which aired from 2006 – 2008. This show was also a hit and John's loyal fan base continued to grow rapidly.

Seen as a breath of fresh air, John was often recognized for his honesty, caring, sense of humor and thought-provoking readings. His audience admired his ability to emotionally connect with those he was giving the reading for, and his sincerity landed him thousands of willing participants.

Born on October 19, 1969 in Glen Cove, New York, John began having psychic experiences as early as his toddler years. As a child, he experienced both psychic conversations and out-of-body experiences. While his mother was understanding of his psychic abilities, he didn't always believe in psychics or identify with being one himself. This is most apparent when at the age of 16, he met Lydia Clar who was a guest at his mother's party. Instead of proving Ms. Clar wrong as he had intended, he went away from that meeting with a new belief in psychics.

John's first psychic readings were given at a psychic fair; it's interesting to note that he was the youngest psychic in attendance. His psychic readings took on the form of messages from deceased loved ones or friends. It was in this way that John Edward got his start in communications between the dead and the living. He was an immediate hit with the people he spoke to, and several of them came back with friends and family members hoping to receive more messages from their departed loved ones.

After his many experiences and successes at the psychic fair, John went on to become a phlebotomist. He was also working toward his degree in Health Care Administration at this time, but that course of study was interrupted when John felt compelled by his spirit guides to make being a medium his full-time job. Led by spirit, John left school and began giving lectures and readings on a full-time basis, and he has never looked back.

The book “One Last Time” was John's first book, and it is no surprise that it became a best seller. He went on to write several more best selling books: “Crossing Over: The Stories Behind the Stories,” “Understanding Your Angels and Meeting Your Guides,” “After Life: Answers From the Other Side” and “Developing Your Own Psychic Powers.” Other books include “What if God Were the Sun,” “Final Beginnings,” “Enhance Your Life” and “Infinite Quest.” and “ His book sales have grossed over 2.4 million dollars so far, and the number continues to climb higher.

Today, people recognize John as a leader in the world of psychic mediums. Once named as one of People Magazine’s Most Intriguing People of the Year, he has brought the skill of talking to the dead into mainstream media, and by doing so has lent credibility to a profession that was once considered to be nothing more than a scam.

John still lectures and gives readings, but his focus has changed. No longer on T.V. he travels the world speaking, giving readings all over the world. The fact that his face isn't on the television screen hasn't changed his popularity at all; people often wait up to two years to get a private reading with him, and they will pay far more than they would have before “Crossing Over With John Edward” became an international sensation that made him a household name across several countries.

Those that are lucky enough to land a seat at one of his events say that his fame hasn't gone to his head. He's still filled with good humor, honesty, caring and most important: he is still good at what he does. Even after so much success, John Edward believes that quality is more important than quantity. One thing is certain: John Edward isn't going away any time soon. The demand for his work remains extremely high, and the millions of people he has helped over the years continue to tell the stories of their experiences and enthusiastically recommend him to others.