Who Is Pam Coronado? 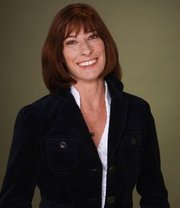 Pam Coronado is a world famous psychic and medium. She first realized her abilities might hold some merit in 1996 when she had a dream about a missing female in the state of California. She was so sure about herself and her dream that she took the information the gained through her dream to law enforcement in the area. This information proved useful in locating the woman. Pam knew at this point that this would be her life's work, as the satisfaction she gained from helping this woman and her family was immense.

Pam worked with a few other famous psychics and mediums while learning to hone and shape her skills and abilities. Alan Vaughan and Bevy Jeagers were two very well respected psychics that worked with Pam to help her learn many skills that have assisted her in her work as a psychic. Through their guidance, she learned how to better observe and read the information she was trying to acquire. Additionally, she learned how to better control her visions and report on the information she learned through using her abilities. Pam also learned how to control nightmares that she had been experiencing as a result of not knowing how to control certain aspects of her psychic abilities.

Since this time she has further developed her intuitive skills and abilities. She has used her talents to help law enforcement and other people in many areas throughout the world for the last fifteen years. She has paid special attention to law enforcement cases that have gone cold or had no other leads. Specific skills she uses to help find missing persons include psychometry (token-object reading) and clairvoyance. Pam is often able to learn about the physical state of the person as well as information regarding their location through the use of these skills.

Pam Coronado believes that everyone has psychic abilities. She believes that these abilities come from a muscle in the brain that can be used and exercised like any other muscle. Though some of us have a more natural ability to use these skills, all of us can learn to use them through training and experience. For this reason, Pam excels at teaching people how to better use their natural abilities to help others as she has learned to use them.

Some of the topics Pam teaches others include accessing their visions and intuitions as well as strengthening and controlling them. Pam believes mistakes can be mitigated through training and practice, and that these skills must be practiced before being used to assist law enforcement. In addition to the classes she offers on how to better ones psychic abilities, Pam offers classes that teach people how to be a psychic detective. CDs are also offered on her website that will instruct people about many things related to psychic abilities. Some of these things include information about remote viewing as well as honing psychic skills in general.

Pam Coronado offers a free newsletter through her website that has information about many subjects related to her field of work. From astronomy to astrology and psychic predictions to case files, she imparts much of her knowledge and experience to readers of her newsletters from around the world.

Pam is the executive director of a program called Project Search for Hope. She has been a part of this project since March of 2010. She manages a search and recovery team, provides training to other individuals, and assists in fundraising efforts for the project. Project Search for Hope offers assistance to families and friends of loved ones who have been lost because of suspicious reasons. They often team up with experienced search and rescue teams and lend their abilities to them to help track down and find the missing persons.

Pam is also the president of the International Remote Viewing Association. This is a non-profit organization that helps people better understand and make use of their remote viewing abilities.

Before his passing, her mentor and teacher Alan Vaughan had asked Pam to do a documentary with him that was to inform the public about premonitions and was to be featured on the Final Destination DVD. Alan Vaughan passed away before the documentary was completed, and Pam took the reigns and completed it without him. This documentary was released in 2001 by New Line Cinemas and offered a private look into Pams new life as psychic detective.

In 2006 Pam started working with the Discovery Channel to co-star on a show called Sensing Murder. On this television show Pam worked with another medium named Laurie Campbell. Together they traveled the United States helping police with information on cold cases. This series lasted for eleven episodes and ended in 2007.

Yet another television show that features Pam Coronado is called We See Dead People and was hosted on the A&E network. This special featured psychic mediums and the experiences they had while solving crimes. Additionally, it presented information and experiences related to talking to the dead, hauntings, and other paranormal activities.

Working with the Public

Pam prefers to do public readings over the telephone as she says she can just as accurately tune into a person without visual disturbances or distractions. She suggests making a list of questions you have before the reading so that you can make the most out of the time you have with her. In order for her to get involved in a missing persons case, she requests that she is invited by either the family of the missing person or the police in charge of the case.

Pam's Views on her Abilities

Pam emphasizes that there are no psychics and mediums that operate with 100% accuracy. In her view, psychic skills are abilities like any other and no one can be perfect all of the time. That said, her practice and experience with the subject has led to her being surprisingly accurate with a majority of the cases she has helped to solve. It is her goal in life to be as accurate and as useful as she is able to in providing police with information they need to solve crimes and missing persons cases.