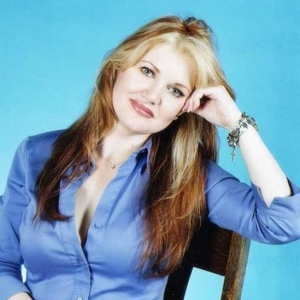 Michelle Whitedove’s diverse psychic talents have earned her world-wide acclaim, respect and awe. Her gifts seem to have no limits, as she goes far beyond making predictions. Michelle is a clairvoyant which means she receives information or feelings about people, places or objects beyond the normal senses.

“Clairvoyance” is a term derived from the French words “clair” which means “clear” and “voyance” which means “vision.” And it is clear from her more than ten years of working as a professional medium, psychic and spiritual instructor, that Michelle has powerful gifts that can help people understand themselves, their world and the afterlife better. Beyond her “clear vision”, Michelle uses her “clairaudient” and “clairsentient” abilities, which means she can also “hear” and “feel” impressions from the other side, as well as the hidden aspects of this world.

Michelle also defines herself as a psychic medium who uses her talents to connect with those who have passed on to the other side. She often receives help from spirit guides and guardian angels to gain unique perspectives and insight from the world beyond our own in order to teach others about their life purposes and journeys of the soul. In addition, she is a past life regression expert and a medical intuitive who advises people on health issues.

Michelle believes she was born with her amazing abilities and even since childhood realized that the main purpose of her God-given gifts was to help others. Whether helping grieving people find solace or closure by relaying messages to them from their deceased loved ones, or working to solve puzzling crimes and cold cases that have stumped law enforcement, or advising someone about an illness they might not even realize they have, Michelle feels it is her top priority is to help bring peace, closure and answers to others.

She has made numerous appearances on several respected news, talk show and radio programs and networks, including CNN, NPR, FOX, ABC and NBC’s The Today Show. She was crowned the winner of the 2008 first season of “America’s Psychic Challenge,” a Lifetime Television reality television competition in which psychics performed various challenges to prove their intuitive prowess. Michelle was awarded $100,000 in the competition after successfully beating out 15 other psychics.

In the final face-off, Michelle and another psychic were given a half hour to find a stuntman who was buried with an oxygen tank somewhere underneath ten acres of California desert, using only a photograph of the stuntman. Within the allotted time frame, Michelle laid the photo on a spot in the desert. When crew members dug up the area, it was revealed to be the exact location where the man was buried. The show’s producers and of course, the television viewing audience, were astounded by her accuracy.

In 2012, Michelle was honored with “Best American Psychic’s Lifetime Achievement Award for Outstanding Service in the Metaphysical Community.” She received the award due in part to her appearance and win on “America’s Psychic Challenge” where her abilities were tested and proven on national TV under stringent FCC guidelines. Shay Parker, the founder of “Best American Psychics,” describes the organization as “the nation's top limited, by invitation only, psychic directory.”

Michelle enjoys sharing her insights and teachings with the world and travels constantly from her home in Fort Lauderdale, Florida, to do so. Besides her numerous media appearances and private readings in person and by telephone, she conducts workshops and writes a monthly advice column for “Horizons Magazine,” a Florida publication which focuses on personal growth, spirituality, new age topics and the law of attraction.

She attends several conventions and book signings all geared to empowering individuals to develop their intuitive abilities in order to live their dreams, improve their relationships with family, friends and significant others and help them heal themselves physically, mentally and spiritually.

Michelle is the author of several books including “She Talks With Angels: A Psychic-Medium's Guide into the Spirit World,” “Angels Are Talking: A Psychic Medium Relays Messages from the Heavens,” “Ghost Stalker: A Psychic Medium Visits America's Most Haunted Sites,” “My Invisible Friends,” and “Ask Whitedove, Spiritual Advice from America's Top Psychic Michelle Whitedove.”

She is one of the psychics featured in Paulette Cooper and Paul Noble’s book “The 100 Top Psychics and Astrologers in America 2014” in which readers can discover how Michelle and other famous psychics, mediums, astrologers and healers got started on their unusual paths, who their most famous clients and most interesting cases are and how they live with their gifts every day.

Recently, Michelle appeared in an HBO documentary called “Nobody Dies in Lily Dale.” Lily Dale, a tiny (estimated year round population of 275), Victorian-like community located in New York, just south of Buffalo, lays claim to the fact that it is “home to the world’s largest concentration of mediums.” There are 40 registered spiritualists in the town and every year, the quiet community is besieged by some 25,000 visitors the world over seeking to meet the various mediums in order to connect with their deceased loved ones and find solace for their grief.

At this annual spiritual camp, visitors attend workshops, lectures and have private appointments with the mediums. While Individual mediums are available year round for private readings and arrange their own appointments and set their own fees, this huge annual assemblage is coordinated to share a broad range of spiritual subjects, offer daily lectures on spiritual phenomena and demonstrate the insights and power of clairvoyance and spiritual healing.

In the documentary, it was revealed to be Michelle’s first time being invited to Lily Dale as a visiting psychic. At a large group gathering, she introduced herself as a medical intuitive. She stunned the crowd by immediately informing a woman in the audience who had asked Michelle about the woman’s children’s health concerns, of various, specific medical conditions the woman herself should take care to address first.

Michelle also did several individual readings and impressed everyone with her down-to- earth, straight shooting style, not to mention her funky fashion sense and colorful, high heeled shoes. She even visited a fellow woman psychic and they chatted about Michelle sometimes wanting to “turn off” the gift, which Michelle revealed is almost impossible for her to do. T

he other psychic verified some information about a couple of people in Michelle’s life – Michelle’s ex, and her eldest son who was having some personal issues. The other psychic assured Michelle that her son would be fine and would work through his challenges and that Michelle has a “beautiful” future and that there is a “right” person for her out there. This demonstrates that even confident and powerful psychics like Michelle welcome and can benefit from the insights of other gifted spiritualists.

Michelle continues with her tireless journey of healing, coaching, comforting and teaching people all over the world and helping them to expand their personal truths. She is currently working on a new book. Part of a quote on her website states “Know this Love Never Dies and you will be reunited with your beloved – Death is an illusion, We are Eternal Beings!”