Who Is Maureen Hancock? 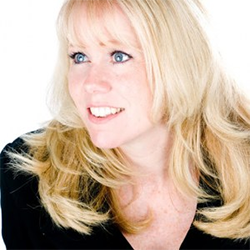 Maureen Hancock is a medium; she describes herself as a “comedian medium.” She was a stand-up comic at one time and her ability to mix messages from the other side with humor comforts her devoted fans. Hancock connects with deceased loved ones, and she provides details of their lives that impress even the non-believers in her audience.

Hancock has a serious side; she enjoys bringing solace to parents who have lost a child and peace to people who are terminally ill. Maureen feels she has a gift from God so she never takes money from grieving parents. Her work with terminally ill cancer patients is also pro-bono.

Once, at a show, Maureen connected with a little girl named Lulu. Lulu's mother felt better knowing that Lulu was now helping other children who passed on. Lulu became Hancock's angel, helping her connect with other children who wanted to talk to their parents from beyond.

How Hancock Discovered Her Gift

When she was 25 years old, Hancock was in a devastating vehicle accident. She fell asleep and hit a tree, crushing her car. No one could understand how Maureen, with extensive injuries, could get out of the car before help arrived. Despite brain trauma and broken bones in her face, Maureen miraculously healed in a week, with her face unmarred by scars. After her recovery, she started hearing voices.

This was not a first for her, the same thing happened to Hancock as a toddler. She ingested a large number of lead paint chips and went into a coma. She should have died, but she recovered with no brain damage. Maureen has said she saw spirits after coming out of her coma but she was too young to understand that no one else saw them. Maureen Hancock is a practicing Catholic. She does not believe that being a medium goes against Christian teachings, but admits that as a child, her visions of dead people and hearing their voices did not mix well with her strict Irish-Catholic upbringing.

After her accident at age 25, Maureen had to learn to focus on specific names and images of spirits who tried to communicate with her, as the information came rapidly. She's compared the onslaught of voices to a very large group of people at the front door, all wanting her ear at the same time.

Hancock worked as litigation manager at Logan Airport, but she left to start Enchanted Garden's Pathways to Healing, a holistic health center, and to concentrate on healing people in mourning by developing her talents as a medium. Maureen has training in acupressure, Shiatsu massage and she is a Reiki master.

Two times Maureen Hancock didn't die or suffer brain damage when her doctors didn't expect her recover. It's easy to see why Hancock feels she needs to share her gift and help others.

When the New Sun interviewed Maureen Hancock, the interviewer asked a question that is on everyone's mind at some point; what happens when I die? Passing is a joyous event, according to Maureen, with loved ones waiting to greet the deceased. There isn't always a light, but there is peace. Hancock also says in her book that there is no more pain for those who suffered from cancer or any other painful illness.

Parents who lost a child feel tremendous grief, however, Hancock's views are comforting. A child who died knows that his or parents will arrive when it is their time. There is no sense of time after death so the child's not impatiently waiting for the reunion. Maureen tells parents who is taking care of their child now, such as a grandparent who passed earlier, so they don't imagine their child alone and afraid.

Widows and widowers take comfort from Hancock's often quoted line ‘‘Love doesn't die.” Hearing this and knowing there is no senses of time on the other side, the individuals at her Postcards From Heaven fundraisers feel relief, even if they personally did not get a message from a departed loved one.

Pets who have passed on also communicate with their owners, just like people do, with comforting messages that everything is okay now. Infants who never learned to talk, people who didn't speak English and pets find a way to communicate with Hancock. They are in a heaven of their own choosing, where they can easily communicate in any language.

While her shows are taxing, Hancock does not mind communicating with the dead for hours if it helps her audience get on with their life. She admits that after 9/11, she felt overwhelmed with the urgent cries of people who passed away so unexpectedly. The dead had no time to come to grips with their own impending death or to make plans for their families after their death like terminally ill patients do, so there were constant frantic messages from beyond.

All mediums deal with skeptics. The cynical claim that Hancock searches for information on the Internet to make it seem that she is really talking to the deceased. Hancock defies the skeptics by talking to people about small details of their or their loved ones life. These little details are not found on Google, there is no way she could know these details unless she really did hear the voices of the dead. People whom she's helped say that even though they initially doubted her, Maureen removes all doubt from their minds and now they feel ready to move on with their life.

Manifest a Miracle – Seeds of Hope

Maureen Hancock's work is impressive; she comforts the bereaved with messages from loved ones on the other side, she is a holistic healer and he personally helps terminally ill cancer patients through Seeds of Hope. Hancock cannot do personal readings anymore, instead she holds events such as her famous healing for the masses shows called Postcards From Heaven, which are usually sold-out.

Maureen is also the author of “The Medium Next Door: Adventures of a Real-Life Ghost Whisperer ” and she was the subject of a Style Network documentary. She is an incredibly busy woman who never stops, especially when it comes to helping bereaved parents or terminally ill cancer patients. Psychic in Suburbia, Hancock's documentary portrays her as she really is, a typical suburban mom with kids and a dog, who just happens to receive messages from souls who passed on.