Who Is Matthew L. Fraser? 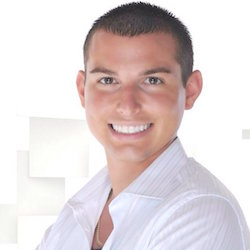 Born on July 8, 1991 in Boston, and raised in Cranston, R.I., twenty-four-year old Matthew L. Fraser is a renowned psychic, author and media personality. The OM Times lists him as a “Psychic Superstar,” and UFO Supernatural Magazine rates him as one of the top 40 psychics in the world today. He has appeared on NBC News, CBS Radio, The Herald News, Fox Providence, The Learning Annex, Coast to Coast, and numerous other media outlets. He has been invited to appear as a contestant on the International Psychic Challenge. As of today, he has over 32,000 followers on Twitter.

Fraser is a third generation psychic medium, though his father and sister do not have the psychic gift. He instead inherited them from his mother, Angela, and his maternal grandmother. Fraser has said that his grandmother kept her abilities a secret during her lifetime, even from her husband, and that it was taboo at the time to engage in mystical practices. His grandmother instead slyly stated to her husband that she was “meeting with the women,” and practiced her psychic abilities in private with trusted confidantes. Angela has said that though the gift runs in the maternal side of the family, Matthew has the strongest abilities of them all.

According to Angela, when his grandmother first held him in her arms, she simply and immediately said, “He's one of us now.” Though his grandmother's intuition told her that Fraser was a psychic, it was not until she died when Fraser was 4 years old that he began to see, hear and feel the dead. He likens this experience to the one encountered by the boy in the movie “The Sixth Sense.” It was his grandmother who first communicated with him from the other side.

She encouraged him to explore his abilities, and soon other voices followed. This happened while he lay in bed at night. He admits that at first he was terrified and wished the voices to go away. He would yell and scream, and when his mother came to his room to see what was the matter, she wouldn't comfort him, but instead asked him to share what the voices were saying. He says that this tough love was his mother's way of normalizing the experience and assisting him in his path towards self-acceptance.

Despite his mother's efforts, Fraser did not want to feel different from his peers, so he kept his psychic abilities a secret. In fact, for many years, the only ones to know of his gifts were his immediate family and his best friend, Rachel, who lived next door. Even after confiding in Rachel, it took many years to convince her that he was a genuine psychic and not just a young boy with an overcharged imagination. These were difficult and confusing times for Fraser, and it wasn't until he reached his teens that he at last began to welcome and embrace his psychic gifts, and to not view them as a burden.

He always knew, however, that he wished to devote his life to helping others. His first job was as an EMT in Boston. There is little information available of his life at this time. It is known, however, that as he learned more about his psychic abilities, his focus shifted from his EMT work to using his psychic abilities as a way to connect loved ones and to aid families afflicted with grief.

As of today, Fraser has acted as a psychic medium for thousands of people in a variety of settings. He currently shares an office with his mother in Boston where they take video calls from all over the globe. Fraser's personal website states that there is a six month waiting list for one-on-one sessions. One of the benefits of these sessions is that clients are allowed to remain anonymous if they wish to do so.

Along with these intimate conferences, Fraser also hosts many sold-out live events. These are called “Medium with a Message,” and he allows no more than 200 people to attend at any one time. He says that he keeps the group events small enough so that he can walk up and down the room and connect with as many people as possible. Though he is not always able to give personal attention to everyone in the audience, he attempts to make time for as many audience members as possible.

When he approaches the auditorium of his largest events, Fraser immediately begins to hear millions of voices seeking to be heard. The voices come from the dead – or departed, as Fraser usually refers to them – and they are clamoring with positive and inspiring messages for the living. Often these spirits are sitting directly behind loved ones in the audience, and it is not until he passes near the spirits that their voices become clearer.

After a few moments of deep concentration, he is able to block out the multitude of other voices, and can tune into the specific voice of the loved one of an audience member he wishes to help heal. He then passes along messages of comfort from the voice of the dead loved one. These are often emotional interactions, and Fraser has said that countless people have thanked him for bringing closure to traumatic situations and difficult questions they thought would go unanswered forever.

Fraser is aware that many people are skeptical of his abilities, and even believes that audience members should initially be suspicious of his claims when attending his events. Doubt does not bother him. Instead he relies on the accuracy of his impossible-to-know revelations about close personal relationships and people he has never met in order to win over followers. Once audiences have been won over, they become open to the healing and joy that comes when friends and family members reunite.

Besides direct interactions with audiences, Fraser has also taken on many other ventures related to his psychic ability. In early 2011, he published a book entitled “The Secrets to Unlocking Your Psychic Ability.” It is a 78 page work filled with exercises and strategies designed to aid beginners in their quest for personal psychic development. As of now, the book has 58 customer reviews on Amazon, and a rating of 4.5 stars out of 5.

Fraser also has a monthly newsletter called “Emails From Heaven.” The newsletter is designed to offer regular inspirational messages, and to show subscribers how to identify, contact and communicate with their guardian angel.

Frasier has a variety of products available for sale. At his personal website, he offers 30 minute spiritual psychic development classes where he teaches individuals to identify their psychic abilities. He also offers a downloadable audio class called “Communicating with the Spirit World,” the purpose of which is to help people learn to interpret messages from loved ones who have died. Fraser also has a jewelry collection called “Everlasting Love”, handmade and designed by him.

Fraser has said that he has been approached by police departments in the Northeast to aid in the recovery of missing persons. He is called in as a last resort when the police run out of clues and have no where else to turn. A particularly visible group that Fraser says he has worked with are the parents of the victims of Sandy Hook Elementary School. Fraser is also on the board of directors of two non-profit agencies, the “Forever Paws Animal Shelter,” and the “New Hampshire Cultural Awareness Council.”

At 24 years old, Matthew L. Fraser is one of the youngest well-known psychics in the world today. When asked about his long-term goals, he simply says he wishes to reach as many people as possible.