Who Is Louise L. Hay? 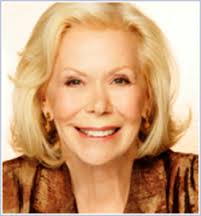 Louise L. Hay enjoys the recognition of being one of the best-selling authors in history. She joins the ranks of other popular female authors that include Barbara Cartland, Danielle Steel and J.K. Rowling. However, not only have her one dozen titles outsold her contemporaries, Hay also established her own publishing empire. But, life was not always privileged or easy for the octogenarian.

Hay was born in Los Angeles to a single mother. She later married a man who turned her life and the life of her daughter upside down with a tendency towards violence. At the age of five, Hay suffered further trauma when she became a rape victim at the hands of a neighbor. By 15, she dropped out of high school and soon found herself pregnant. On her 16th birthday, she made the difficult decision of giving her newborn daughter up for adoption.

She journeyed to Chicago where she worked a number of unskilled jobs. But, in 1950, Hay opted to move to New York and changed her name. Her natural beauty served her well, and before long, she became a high-fashion model. Wearing the creations of Bill Blass, Oleg Cassini and Pauline Trigere, life was looking up. Four years later, she married English businessman Andrew Hay. Together, the couple enjoyed world traveling while rubbing elbows with the rich and the royal. At one time, she had dinner at the White House. Her bliss would eventually come to an end when after 14 years of marriage, her husband left her for another woman.

Devastated, she ventured to a home on 48th street that served as the First Church of Religious Science. While there, she became enmeshed in the philosophy of changing her life through the power of positive thinking. By the 1970s. she was an avid Religious Science practitioner and began sharing her knowledge with others. During this time, Hay also delved into Transcendental Meditation and studied under the Maharishi Mahesh Yogi at his school in Iowa.

Hay would soon have to put her beliefs to the test in the late 1970s when she received the news that she had cervical cancer. She later concluded that the disease process transpired due to her unwillingness to resolve the issues of abuse that she endured as a child. Instead of agreeing to conventional medical treatment, the author chose to immerse herself in a routine of healthy nutrition, reflexology and occasional enemas. She also sought professional therapy in an effort to attain a state of forgiveness. She claims through this regimen, she was able to let her body heal itself of cancer.

In 1980, Hay moved to Los Angeles, at which time, she wrote a pamphlet entitled “Heal Your Body.” Her account included a list of various physical ailments and the possible metaphysical conditions that create the symptoms. By 1984, she completed her first novel entitled “You Can Heal Your Life,” which included information from her pamphlet. During this time, at the request of a gay, male friend, Hay became involved with leading support groups for men diagnosed with HIV and AIDS. Her group sessions became known as “Hay Rides.” From a few people attending meetings in her living room to offer each other comfort, the group soon rose to include hundreds of men.

Her work with and compassion for AIDS patients soon attracted the attention of Phil Donahue and Oprah Winfrey. She appeared on both shows hosted by the celebrities in 1988. Soon after, her book climbed to the New York Times best-seller list. She then established Hay House, which not only promoted her books, but also took on other New Age and self-help authors as clients. Today, the company also produces calendars, decks of cards and CDs. Deepak Chopra, Suze Orman, Tavis Smiley and Wayne Dyer are some of her well-known clients. However, Hay attributes her success to the work she engaged in with AIDS patients.

From the 1930s, people were in search of methodologies not covered by modern medicine. Religious Science became an answer. For this reason, metaphysical religion served as comfort for the AIDS community of the 1980s. Many were ostracized by families, friends and the medical community. Hay's sessions allowed gay men to share concerns and fears while someone actually listened. In time, the appeal of Hay's philosophies grew beyond that of gay men. Currently, most of her fans are middle-aged women coming to terms with painful histories or enduring the challenges of everyday life.

In addition to the Hay House publishing company, the author's empire spanned into talk radio where the metaphysical power of mind over matter serves to improve the lives of a listening audience. Hay House Radio began in 2005 and features 30 hours of weekly, hour-long shows hosted by various Hay House authors. The radio program has served as an effective marketing tool, as attested to by various authors. Hay, and many of the authors affiliated with Hay House, also hold regular self-help, public seminars.

In 2008, a movie was created and released about the life of Louise L. Hay and was aptly titled “You Can Heal Your Life.” The film represents the story of her life, her teachings and how she personally applies her philosophy to her own life. The movie also includes a list of distinguished speakers that include Doreen Virtue, Esther & Jerry Hicks, Gregg Braden and Wayne Dyer. Emmy Award winning director Michael Goorjian helped create the project. That same year, Hay received the Minerva Award while attending The Women's Conference. In 2011, Louise Hay and Cheryl Richardson co-authored the book “You Can Create An Exceptional Life.”

Though her novels and counseling brought her financial success, Louise Hay prefers to live a modest lifestyle. Concerned about the environment, she cooks, gardens and paints. A Smart car serves as transportation from a condo located in the San Diego downtown area to a weekend home in the country. Though she has had many male suitors, she never remarried and never had more children. However, rather than focusing on what her life may be lacking, Hay chooses to fill her days with positive affirmations.

Ms. Hay continues enjoying good health and lectures around the world. In recent years, she has traveled to Australia, Canada and Great Britain in order to bring her message of the mind/body connection to others. In Australia, Hay became known as “the closest thing to a living saint.” Since the publication of her original pamphlet, Hay has steadily increased the number of illnesses that she attributes to negative energies. By 2011, her book, “You Can Heal Your Life,” sold over 40 million copies worldwide. In a collaborative effort with David