Who Is Lisa Williams? 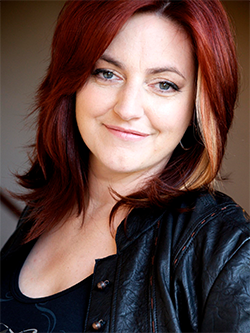 People are born with natural talents and abilities; some are artistically blessed, some are musically inclined and others are inherently great athletes. One of the most rare and perhaps the least understood ability, is the gift of communicating with spirits. Psychic abilities typically arise at a very young age and for psychic medium Lisa Williams, this was no different.

Born in Birmingham, England in 1973, Lisa began seeing and communicating with spirits early on in her childhood, but her innocence wouldn't let her believe they were actually deceased. Instead, she thought they were just visitors of her parents, until they began telling her how they passed away. Upon relaying this information to her parents, they shrugged it off thinking they simply had a child with a particularly active imagination.

When Lisa was just 7 years old, her grandfather passed away marking a turning point in her spiritual development and psychic ability. Her grandmother, Frances Glazebrook, had been keeping the secret that she too had psychic abilities. Frances' gifts for speaking with the dead became very well known throughout the UK. She eventually came to Lisa and told her that this gift would carry on through her.

Although Lisa knew she had a rare and unique gift, she did not want to pursue it as a career. She was determined to be a teacher and even studied to do such. It wasn't until she was starting her life as an adult that Lisa began speaking openly of her talent.

One particular afternoon changed everything. During a phone conversation with a friend, Lisa experienced visions of her friend's deceased boyfriend and told her the information that was communicated with her. In utter disbelief, her friend confirmed the validity of Lisa's visions and immediately told several clients of her gift. It was only a matter of time before these client's contacted Lisa to witness her ability for themselves. With her popularity growing through word of mouth, Lisa decided to quit her job and become a full time psychic medium in Great Britain.

Eventually, Lisa caught the attention of Merv Griffin, creator of the television game shows Jeopardy and Wheel of Fortune, when she gave one of his staff members a psychic reading. He invited her to come to America to work on a television show and in 2006, two years after meeting Merv, Lisa served as host of Lifetime network's “Lisa Williams: Life Among the Dead” which ran for two seasons.

In October 2008, she also hosted “Lisa Williams: Voices From the Other Side” which aired for five nights on Lifetime. After making a few television guest appearances on shows including Deal or No Deal and America's Psychic Challenge, Lisa began touring Australia in March 2009 and donated all $65,000 of her profits to the Australian Bushfire Appeal, a company that operates much like the American Red Cross.

During her public appearances, she has frequent communication with the deceased and allows them to pass along messages through her to their loved ones. This creates a lot of tears but also closure to the ones left on Earth to grieve. Although Lisa never fulfilled her childhood dream of becoming an elementary school teacher, she did decide to blend her interest in teaching with her psychic gift and eventually founded the Lisa Williams International School of Spiritual Development (LW0ISSD).

The LW-ISSD, as its known to its students, aids those with natural spiritual talents in honing their skills of communicating with the dearly departed. The school holds courses periodically throughout the year for different levels of Mediumship, from Beginner's all the way up to Master's. With courses all over the world, students from Los Angeles to New York and all the way to New Zealand can take part in developing their unique abilities.

Lisa's gifts are not just limited to communicating with the deceased. She has also been known to speak with angels and to act as a guide for people to find the purpose in their lives. One of the latest courses introduced at the LW-ISSD is “Creating With the Angels” where ordinary people with no psychic talent can learn such things as understanding the angelic realm, deciphering signs from the angels, and figuring out the purpose of specific angels in their own lives.

An accomplished author, Lisa has written several books including Life Among the Dead and The Survival of the Soul. In addition to the many facets in her life, Lisa has also created an online community for mediums to gather together and discuss and receive advice for everything from spiritual visitors to haunted houses to development of their skills. This website, Soul Connections, has become very popular among the psychic community because of the openness and mutual understanding of all its members.

Just as her life as medium and psychic has always garnered quite a bit of public interest, her personal life has also been a source of curiosity. A long time relationship with Simon Shore resulted in the birth of her son Charlie but the couple separated shortly after his birth. Lisa later married Kevin Harris in 2004 and together with her son Charlie, they moved to Los Angeles to further Lisa's career. The couple ended up parting ways in late 2009 and Lisa decided to remain in Los Angeles to raise Charlie on her own, with the company of Max and Lucy, their two dogs.

After a brief union with a female partner, Lisa is currently single and focusing on her career and the LW-ISSD. Because of her popularity with the general public, Lisa often gets asked questions regarding the smallest details of both her personal and her professional life. Everything from her favorite perfume to her specific experiences with the dead have arisen as questions.

Lisa, being a very open and admittedly frank person, has no qualms with answering everything asked of her. A huge music fan, Lisa listens to everything but some of her favorites include Celine Dion and Lady Antebellum. She also loves the art of making music and bought a harp as a gift for herself but still has yet to learn how to play it.

Colors are a big part of spiritual connections and Lisa's two favorite colors are red and blue. A self-proclaimed “girlie girl”, she is also a big fan of wearing gemstones like amethyst, yellow sapphire and citrine. As an avid reader, Lisa has expressed her love of the Harry Potter book series that her and Charlie enjoy together and also the Twilight series, which has become a guilty pleasure of hers. She has listed Jodi Picoult as her favorite author and has a copy of every one of her books.

Lisa's willingness to share personal details of herself has kept her in the public eye but she is not bothered by that. After all, it was public interest that initially helped get her career jump started. From a little girl in England who could see spirits to a professional medium who travels the world to a teacher of spiritual development, Lisa's ambitious nature combined with her inherent gifts have given her immense success.

Her busy life would exhaust most people but Lisa has no plans of slowing down any time soon.