Who Was Lenore Piper? 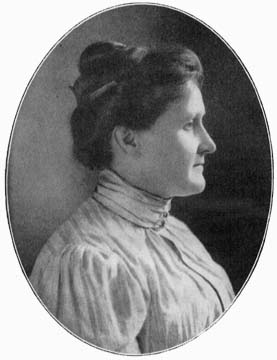 Lenore Piper was one of the most gifted mediums to live during the 19th Century, and she is still regarded as one of the most preeminent trance mediums ever known to the history of psychical research. At the time her clairvoyant techniques were novel, and she gained international popularity for her abilities of communicating with the dead. Now, she is widely recognized as a one of the first classic hosts for the paranormal. She was gifted in the art of channeling, repeatedly giving over conscious control to various entities through both trance voice and automatic writing.

Lenore Piper was born Leonora Evelina Simonds on June 27th, 1857 in Nashua, New Hampshire. After an accident at the age of eight, she began hearing voices. She was playing in the garden when she was struck in the ear by an unknown force. Then, the message, “Aunt Sara, not dead, but with you still,” was whispered into her ear. Lenore was terrified and after comforting her, her mother made a detailed note of the incident. Unbeknownst to the family until days later, Aunt Sara had indeed passed away on the exact day at the exact hour that Lenore had heard this message. Only a few weeks later, Lenore began screaming from her bed. She complained of bright lights and faces in the room, and claimed her bed had been rocking.

When Lenore turned twenty-two years old, she married the shoemaker William Piper. She gave birth to her first child, Alta Laurette, on May 16th, 1884 and then the second, Minerva Leonora, on October 7th, 1885. Soon after she began seeking solace from recurrent pain due to a childhood injury, and she consulted Dr. J. R. Cocke. Dr. Cocke was a blind, elderly clairvoyant who claimed he could cure various medical ailments. On her second visit, this time as part of a group meeting, she fell into a trance and saw bright lights and faces. She got up and walked over to a table, spent a moment writing rapidly, and then handed the paper to another member of the circle. Remarkably, the message Lenore had transcribed was from this man’s recently deceased son.

Word spread and soon Lenore was overwhelmed with requests. She reluctantly accepted the notoriety, and charged $1 per session during which she would communicate with her client’s recently deceased friends or family. Her accuracy was astounding. Before long, she had attracted the attention of the American Society for Psychical Research and the Society for Psychical Research, as well as several individual psychic investigators.

One psychologist, William James, requested one such session with Lenore. James had originally planned on disproving Lenore’s talents, but instead became so convinced of her abilities that he monitored and studied most of her sittings for the next year and a half. Lenore willingly collaborated with researchers in order to aid further understanding of psychic phenomena.

During these experimental sessions, Lenore employed the use of several “controls” or spirit guides while she was in trance. Some of the earliest were the Scottish writer Walter Scott and an Indian girl named Chlorine. However, Lenore’s most reliable spirit guide was a French doctor named Phinuit. Lenore channeled Phinuit through trances from 1884 to 1892, in a gruff and deep voice that strikingly contrasted her own. Lenore received much criticism for her inability to decipher basic French while channeling Phinuit, but supporters argued that this was simply a common reflection of human limits encountered while working in the spiritual realm.

In 1892, another spirit guide appeared. The spirit of George Pellew, a writer and poet, was channeled through Lenore. In the sitting, several personal accounts as well as speech mannerisms characteristic of Pellow convinced his surviving friends, who attended the session. Pellew claimed his abilities were limited as he was newly deceased. Surprisingly, these two spirit guides often worked together through Lenore; Phinuit taking the lead role as speaker and Pellew communicating through automatic writing.

In 1897, the nature of Lenore’s spirit relations changed. In the past, Phinuit had failed to limit the intrusion of other spirits attempting to communicate with Lenore, resulting in her communication with several entities. In this year, a group of spirits known singularly as the Imperator took charge.

With this coup d'etat Phinuit essentially disappeared and Pellew communicated rarely. This is a natural evolution in the work of a medium but the experience was new for Lenore. The Imperator was a much stronger spiritual guide and allowed little interruption by other spirits. The communications took on a more direct, religious, and symbolic tone. In addition, Lenore’s ability to pass in and out of the trance state became reliably easy and peaceful, which had previously been difficult at times to achieve.

While working with the Imperator, Lenore’s spiritual medium abilities were greatly enhanced. She relied less and less on the trance state to communicate with spirits and developed a more intense clairvoyant dexterity in her waking state. She did not exhibit the extraneous physical manifestations typical of other mediums of the time, except for one.

Lenore had the in-explainable ability to extract scent from flowers, causing their immediate decay but keeping the scent for herself. Despite the continued attempts of skeptics to disprove her abilities, Lenore steadily impressed non-believers with her accuracy and consistency. The evidence in her favor was astounding.

On October 20th, 1901, the New York Herald published an article advertised as a confession entitled, “Mrs. Piper’s Plain Statement.” In the article, she was quoted as saying that telepathy was the explanation behind her talents, and that she did not believe she had been channeling the spirits of the deceased. Lenore insisted that she had been misquoted and gave a counter interview to The Boston Advertiser, which was published October 25th, 1901. This was the only incidence of mass public doubt and was quickly quelled.

In 1909 Lenore began having difficulty returning from the trance state during her sittings. She announced a hiatus after her last sitting channeling the Imperator on July 3rd. Over the next few years, she occasionally acted as medium through automatic writing.

It was 1915 before she experienced another trance state, in which she foretold the death of Sir Oliver Lodge’s son, Raymond. This was her last known trance state. Soon after, she focused on the health and care of her ailing mother. She served on the Boston Society for Psychical Research from 1926-1927, after which she retired from her work as a spiritual medium.

Lenore Piper passed away on July 3rd, 1950. Since her death she has become known as one of the best spiritual mediums to have ever lived. She devoted her entire existence to the scientific study of paranormal contact. As a result of this work, thousands of people who doubted life after death instead became convinced that the spiritual realm is real. Lenore Piper gave the world hope.