Who Is John Holland? 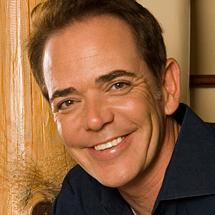 For more than twenty years, author, lecturer, channeler and psychic medium John Holland has traveled the world demonstrating his unique abilities in the field of the paranormal.

Born in the Boston area on December 20, 1961 into an Irish-Italian, Roman Catholic family, he became aware early on in his life that he possessed something different from family and friends.

However, due to a lack of understanding regarding the “difference,” and fearful of being ostracized for being “different,” he chose to suppress or ignore these abilities to avoid further (as he understood at the time) problems. Later, the Holland family relocated to Los Angeles, where a traumatic nearly fatal and life-changing experience for Holland compelled him to attempt to understand and come to grips with this “difference.”

In 1991, when Holland was thirty years old, he was involved in a horrific automobile accident in which the car he was driving was totally destroyed, but despite suffering severe life threatening injuries, he survived. Once reasonably recovered however, he became acutely aware that something in his perceptive abilities had radically changed. The accident had somehow inexplicably re-awakened the psychic abilities (the ‘difference') that he had long ago pushed back, only now they became greatly enhanced, allowing him to recall intimate and personal details involving the lives of complete strangers.

Initially, Holland was quite naturally (and understandably) terrified by this unsettling development, but eventually he came to the crystal-clear realization that his near death experience had served as a wake-up call for him to recognize that he had been blessed with an unusual gift and that he needed to harness and utilize this unique ability for the benefit of all.

Always avidly interested in the metaphysical and paranormal, Holland dedicated himself to learning all he possibly could about the subject following his eye-opening experience. His quest and thirst for knowledge eventually led him to the Arthur Findlay College in Essex, Great Britain, a prestigious institution specializing in the study of the Psychic Sciences and Spiritualism.

There, Holland studied and excelled in such esoteric subjects as astrology, hypnosis, meditation, mediumship, numerology, philosophy, psychic art and auragraphs, Qi and Prana, sound and color and spiritual healing, becoming well-versed and proficient in each.

Upon graduation, Holland, now fully invested in sharing his “gift,” with the world, embarked upon his “true” calling, that being bringing peace and closure to those who needed it the most, as well as educating and guiding others who have chosen to better understand and further develop their own individual personal spiritual journeys.

John Holland specializes in serving as a medium for persons wishing to “connect” with departed loved ones who have passed to the “other side.” He has developed an intuitive understanding of the need for a reassuring (in most instances) communication between both the departed and the remaining to the eventual benefit of both involved parties. Holland is also one of the few practitioners of the esoteric to point out the often negative effect(s) our everyday environment plays in the development (or lack of development) of psychic awareness and ability.

Holland is convinced that the “sixth sense” is alive in everyone, but outside factors such as family, friendships, social contacts, even early upbringing and church and school environments often serve to suppress or “hold back” these abilities from even partially developing, or even more likely, undergoing ridicule from peer groups and close relations.

Obviously, he bases these ideas on his own early ungratifying experiences, which rather than providing an environment of both support and natural curiosity, instead routinely dismissed them as being “different.” One of his stated ambitions is to help create a more liberal and “psychic friendly” open minded environment in which the “unknown” receives wider awareness, acceptance and fosters a healthy and productive dialogue between both believers and non-believers.

One of Holland's first wide scale introductions occurred as a result of his appearance on the “Unsolved Mysteries” television program, which profiled the medium and his experiences. This subsequently led to a short-lived stint as studio host of “Psychic History,” a documentary-style television program on the History Channel cable network.

Holland has also developed a presence in other media, including serving as radio host for “Spirit Connections with John Holland,” on Hay House Radio, an online World Wide Web-based program. He has also appeared on InfiniteQuest.com, a website devoted to the metaphysical, as a regular contributor.

Holland is also a prolific author, with published books including “101 Ways to Jump-Start Your Intuition,” “Born Knowing: A Medium's Journey—Accepting and Embracing My Spiritual Gifts,” “Power of the Soul: Inside Wisdom for an Outside World,” “Psychic Navigator: Harnessing Your Inner Guidance,” and “The Spirit Whisperer: Chronicles of a Medium.”

Holland's writings provide distinct differences from many similar “psychic” publications. Although he chronicles numerous personal experiences as related to his profession, he (unlike many other psychics) doesn't dwell excessively on them, instead using them as a fundamental “stepping off” point in order to delve more thoroughly into deeper human issues and concepts such as teaching methods of dealing with the everyday setbacks and difficult situations that all humans encounter on a regular basis.

Holland has also lent his expertise and experience to exploring and sharing his time-developed theories in the area of spiritual concepts such as awareness and recognition of the natural universe and each human's specific role in the proverbial “big picture” scheme of things.

Holland's public appearances, lectures and seminars regularly attract capacity crowds of enthusiastic and loyal followers, and his charismatic and friendly personality reveals an unusual ability to both “connect” with audiences as well as creating an atmosphere that leads them to feeling extremely at ease in his presence, which no doubt is a contributing factor in his popularity and success.

An engaging, informative and humorous speaker, he displays a genuine concern and passion for helping others, eagerly and tirelessly lending his abilities to help bring about healing for those who most desperately need it during their time of loss. His underlying philosophy regarding his “service” is perhaps best summed up in his own words: “If I can help people connect with someone on the other side by linking with the spirit world, to bring peace, comfort, and perhaps some closure, or if I can help them to better understand and tap into their own inner guidance (psychic intuition) for answers, then I’ll be satisfied that I’ve done my job.”

Currently based in New Hampshire, Holland maintains an impressive but ridiculously busy schedule, juggling public appearances, private readings, lectures, radio and television duties, all the while continuing his writings. He is also constantly furthering his knowledge of the paranormal and working tirelessly to further hone his craft.