Who Was Jane Roberts? 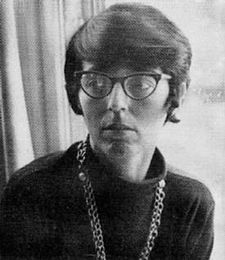 Jane Roberts was a self proclaimed psychic who used her powers to channel personalities. She published many books that included numerous sessions, especially with an energy personality named “Seth. Jane struggled through a difficult childhood with a sick mother who psychologically abused her. She worked her way through school but suffered a terrible loss when her grandfather died during her teen years. Jane and her grandfather shared a deep and mystical relationship. After one failed marriage, she met her next husband Robert F. Butts. These two worked together and made extraordinary contributions to the psychic community.

Immediately following her marriage to Butts, the two began studying the world of extra-sensory perception. Neither person had a background with the paranormal, but they often experimented with a Ouija board. One night, Jane began receiving messages on the board from a male personality named Seth. Shortly after, she began receiving personal messages from Seth away from the board. She dictated these messages, and her husband began transcribing them to paper. Each session was recorded in detail. Jane's husband went to great lengths to note the situations that she was dealing with behind the scenes as well. This was done to find if there was a correlation between her psychic messages and her everyday life. Jane described that she entered into a trance when these messages occurred. During these trance states, Jane's voice would change into a deeper tone with a notable accent. Unlike other psychics, Jane's words and conversational tone remained even and sensible.

With time, these spirit communications were compiled and published through a number of books. Jane never claimed authorship of these writings but reaffirmed her role as a medium. These books surged a renewed interest in channeling. They involved a large variety of topics including religion, art, sexuality, and a number of other modern conflicts.

Jane explained that Seth was not dependent on her subconscious. He described himself as an energy that was not focused in the physical being. The Seth material dealt with various topics. The most interesting claims included the assertion that space and time are mere illusions. It stated that the past, present, and future exist together, and people live many different lives at the same time. Seth commented on contemporary world events including the terrible accident at Three Mile Island. He also discussed scientific and religious topics like the myth of creation. Throughout Jane's sessions, she never contradicted previous messages and always maintained Seth's beliefs.

Jane was known to channel other famous people like Rembrandt, the philosopher William James, and impressionist painter Paul Cezanne. However, her most notable sessions included Seth. Through the years, droves of people came to witness Jane speaking as Seth. Besides the trance sessions, Jane and her husband held ESP classes for people who were interested. She also held private sessions for people who wrote to her for personal help. No money was ever taken for these private meetings, and students were only charged a small fee for the classes. The only monetary compensation Jane ever saw was from her published works.

Jane was prone to sickness and suffered most of her life with different afflictions. The last two years of her life were particularly difficult. She suffered from severe arthritis that rendered her crippled. Her husband believed that her ability to channel spirits was just as trapping as the physical condition controlling her body. After her death in 1984, Butts claimed to maintain communication with his wife through dream experiences and continued to publish her works. He made sure that all of her recordings were given to the Yale Library. This was meant to preserve her legacy in a legitimate manner.

The effect of Jane's sessions were very important to New Age thinkers. Famous personalities and writers including Deepak Chopra, Richard Bach, and Marianne Williamson expressed how much her Seth material helped with personal awakenings. When John P. Newport studied the impact of New Age beliefs on today's culture, he found that all of the Seth material guided toward the belief that each person creates his or her own reality. This material also had a deep effect on religious beliefs as well. Robert C. Fuller, religious professor at Bradley University, explained that Jane's books began a trend in American spirituality. They activated ideas of karma, free will, and reincarnation. Physicist Michael Talbot added that Seth's opinions accurately explained a view of reality that was supported by quantum physics as well.

On the opposite end of the spectrum, there was a great deal of criticism placed on the Seth material. Charles Upton, a noted poet, believed that Jane acted out of a fear of dying. He stated that the Seth messages were based on a misunderstanding of religious beliefs. James E. Alcock, a noted critic of parapsychology, downplayed Jane's sessions. He hinted about the possibilities of fraud but leaned more to the explanation that Seth was a figment of Jane's unconscious thoughts. Christians also clamored against Jane's works. Her obvious discourse between God and creation is in direct conflict with the beliefs of this religion. In fact, many groups claim that the Seth books were created by a demon and were filled with pure evil.

Jane Roberts will always be best known for her messages that came to light through her sessions with the Seth personality. However, she also penned several books and poems that were based on her own beliefs and the events that affected her life. Through all of her work, she acted like a scientist by documenting and questioning all of her experiences. It took great strength to examine her past and identify its effects on her behavior. Many people believe that she was one of the most important women in the psychic community. There are also other individuals who have definite doubts about her abilities. However, anyone who dismisses her as crazy cannot deny that her work helped people. In the end, all of her work became the basis for many truths that exist in the present day.