Who Is James Van Praagh? 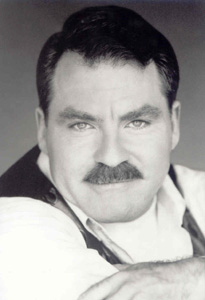 Author, clairvoyant, producer, spiritual medium and television personality James Van Praagh was born in Bayside, NY in August 1958. The youngest of four siblings, Van Praagh was raised in the Roman Catholic faith, serving as an altar boy and attending pre-seminary school in his early teens. He reportedly soured on organized religion and its related trappings during this period, claiming a spirit voice advised him to forego his studies because “God is much bigger than these four walls.”

An otherwise ordinary child, the concept of death fascinated him from an early age, and Van Praagh claims one of his first experiences with the spirit world occurred when he was eight years old and a glowing hand materialized through his bedroom ceiling while he was praying. Such an experience could easily terrify and traumatize most eight year olds, but Van Praagh recalls that, “I wasn't scared. It was actually very peaceful.”

Following his graduation from San Francisco State University (with a degree in Broadcast and Communications), Van Praagh moved to Los Angeles with the hope of becoming a writer of situation comedies for television. Instead, he worked in Paramount Studios' legal department, but his life took a dramatic turn following an encounter with medium Brian Hurst who proclaimed Van Praagh to also be a medium.

Although Van Praagh had experienced moments when he suspected this to be true, hearing it voiced by someone he respected and considered to be “legitimate” convinced him to pursue this unorthodox calling, even though he was fully cognizant that he would be embarking on a proverbial “slippery slope,” both personally and professionally.

Private readings with clients involving communicating with the spirits of departed relatives were among Van Praagh's earliest activities as a practicing medium, and via the distribution of books and audiotapes, his reputation gradually began to reach a wider audience. His first widespread exposure came about as the result of frequent appearances in the early 1990s on “The Other Side,” a short-lived NBC talk show that focused on paranormal topics.

However, it was an appearance in 1997 on CNN's nightly talk show, “Larry King Live” that introduced Van Praagh to a worldwide audience for the first time. Van Praagh's appearance with the veteran King was ostensibly to promote his book “Talking to Heaven,” and besides generating unprecedented interest in his medium-related activities (as well as in himself), sales of “Talking to Heaven” skyrocketed. Subsequent appearances on programs such as 20/20, 48 Hours, Biography, Chelsea Lately, Coast to Coast, Dr. Phil, The Joy Behar Show, Maury Povich, Nightline, Oprah Winfrey, The View, the Today Show and Unsolved Mysteries served to further gain him extensive media exposure.

Van Praagh has written a handful books that chronicle his beliefs and experiences in and with the paranormal, including the above-mentioned “Talking to Heaven,” “Meditations with James Van Praagh,” “Ghosts Among Us,” “Looking Beyond: A Teen's Guide to the Spiritual World,” and “Growing Up in Heaven: The Eternal Connection Between Parent and Child,” his most recent literary offering. “Talking to Heaven” became a New York Times best seller, reaching the No. 1 spot, and his subsequent writings have also been commercially successful. His books have been translated and published into several different languages, giving his work international exposure.

In addition to his spiritual readings, talk show appearances and books, Van Praagh has also been involved in several television productions based on his experiences in the spiritual world. The 2002 CBS miniseries, “Living with the Dead” was based on Van Praagh and starred Ted Danson (as Van Praagh), Mary Steenburgen, Diane Ladd and Jack Palance. That same year (2002), a paranormal talk show, “Beyond with James Van Praagh,” featuring Van Praagh giving spiritual readings for audience members and guest celebrities had a short-lived run (September 2002-January 2003) on the WB Network.

In fall 2004, the CBS TV-movie “Talking With the Dead” was broadcast. Also adapted from Van Praagh's paranormal experiences, the thriller featured an impressive cast led by Anne Heche (who also produced the film), Eva Longoria, Christopher Guest and Chris Sarandon.

Perhaps Van Praagh's most successful foray into television was again on CBS in “The Ghost Whisperer,” a drama series starring Jennifer Love Hewitt that had a successful five-year run (September 2005-May 2010). Van Praagh served as co-executive producer on the popular primetime series that was based on Van Praaghs' life and experiences. Other paranormal-related “events” in which Van Praagh regularly participates include seminars, conducting classes to develop spiritually inclined individuals, and hosting ocean cruises.

Van Praagh's fundamental beliefs are based on his conviction that death does not exist. Instead, persons who have “passed on” actually continue to exist, but do so in different forms. He claims that these different forms serve as guiding spirits (including his mother, who died in 1985), manifesting themselves through intermediaries (or mediums) such as himself.

He considers himself as a “bridge” between multiple planes of existence. Van Praagh also states that these spirit forms have imparted to him knowledge that Heaven does indeed exist, and contains immumerable levels. Higher and higher levels are attained by the quality of a person's deeds, thoughts and words while they inhabit their earthly bodies.

As a proponent and active, outspoken participant in the controversial field of spiritualism, James Van Praagh has understandably become a lightning rod for skepticism from many different corners. Many paranormal investigators and well-respected researchers have labeled his tactics as “hucksterism” and worse. One of the more publicized incidents involving Van Praagh occurred in 2008 when he warned long-time television personality Barbara Walters of an alarming development involving her white blood cell count.

When subsequent testing revealed nothing out of the ordinary, Ms. Walters claimed Van Praagh to be “dangerous.” However, when Ms. Walters had aortic valve replacement via open heart surgery two years later, Van Praagh “felt vindicated.” Other doubters have accused Van Praagh of employing “hot reading” in many of his sessions.

“Hot reading” is a tactic in spiritualism in which the medium obtains information beforehand about their subject(s) via assistants or close contacts who glean data pertinent to the subject, then surreptitiously pass it along to the medium. “Hot reading” is usually practiced with a large group of subjects, therefore greatly increasing the odds that a statement made by the medium is almost guaranteed to correspond and resonate with at least one member of a sizable group.

Van Praagh is certainly aware that his abilities and claims are met with skepticism from a considerable number of critics and doubters, but he soldiers on, ignoring them as best as possible. As he states, “My greatest satisfaction in doing this work is witnessing an instantaneous change in people.”