Who Was Ingo Swann? 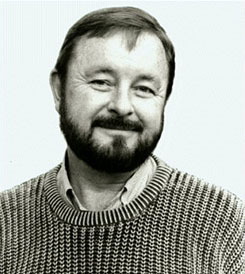 Ingo Swann began his life in the ordinary fashion. He was born in Colorado in July 1933 and grew up to get a University degree in biology and art, serve a few years in the military during the Korean war and then worked for the military and government afterward. Nothing up until then overtly pointed to the unique and prominent life he would attain in the psychic and parapsychology communities. Some burgeoning psychic abilities, which he described in one of his many published books, during his youth may have led him to become what the world eventually knew him as: the father of remote viewing and one of the leading explorers of the scientific reasons and methods behind many parapsychology and psychic abilities.

The approach Ingo Swann took toward the parapsychology field differed than other practitioners in the 1960s and 70s when he began being active in the arena. Public attitude toward these unusual subjects was starkly negative with disbelief running rampant. Swann did not consider himself a psychic and definitely distanced himself from flashier counterparts who sought the spotlight and entertainment factors. He was, instead, dedicated to the scientific study of these out of the ordinary abilities and potentials.

While most experiments in the psychic phenomena realm focused on proving that these phenomenon actually existed, Ingo Swann was much more interested in the ‘how' and ‘why' of these abilities. In the 1970s, he worked with prominent New York researchers in dozens of carefully constructed experiments, many of which he developed himself using exacting standards. The birth of remote viewing occurred at the Stanford Research Institute and was soon funded by the Central Intelligence Agency (CIA) who became interested in the possible ability to view distant coordinates accurately from a stateside base.

Many aspects of mind power were explored and tested by Ingo Swann and his contemporaries. One example involves an experiment designed to affect plant growth through mind power alone. Another studied the possibility that the mind can change the temperature of liquids inside thermoses from a distance. In 1971 through 1973, he began an experiment on out-of-body consciousness that would launch his popularity in the remote viewing field. This would become one of the subjects he was most known for throughout his life.

In a controlled laboratory setting, Ingo Swann sat in a chair below a suspended shelf with a certain group of objects ranged along it. Without moving, he was able to accurately tell what was on the shelf outside his range of view. The results were impressive, though not 100% accurate. Some hypothesized that he somehow viewed the shelf in a reflection, but nothing backs this up as fact. The shelf experiment began a long series of projects designed to test the consciousness's ability to function at remote, and sometimes extreme, distances.

His remote viewing prowess did more than excite researchers in closed lab experiments. From 1970 to 1995, the United States Military operated a series of psychic phenomena and mind power programs under the umbrella of The Stargate Project. Ingo Swann was active in the first stages of the program and developed a Coordinate Remote Viewing protocol that organized the experiments in such a way as to prevent study burnout and other troubles. He successfully trained several ordinary men to use this ability to an accuracy of 85% during viewing sessions.

Even though a “statistically significant effect has been observed” during the Stargate Project, according to an independent reviewer, the program ended in 1995. The official word was that results were too varied and unpredictable to be of much use. Some of the unexplained information gathered during the program included medical information about one of the Iran hostages, the attack on a U.S. frigate in 1985 and descriptions of foreign submarine manufacturing.

Toward the end of his involvement with the Stargate Project and remote viewing experimentation, Ingo Swann became more interest in the UFO phenomenon and Ufology. During remote viewing sessions with the program, he witnessed what he thought to be extraterrestrial spacecraft put airplanes and submarines on surveillance or actively attack them. These claims, of course, were covered up by the military. Swann went on to have purported regular contact with alien life forms directly and believed that alien-human hybrids lived alongside ordinary earthlings. He proposed a psychic defense for their abduction and mind control attacks.

One of the most prominent remotely viewed subjects Ingo Swann experienced were alien bases on the far, or dark, side of the moon. With his successful viewing of ice and asteroid rings around Jupiter in the early 1970s that were, at the time, yet to be discovered, his claim about what is on the hidden side of the moon could be taken more seriously. There is not yet actual confirmation of these bases or any man or alien made structures anywhere on the moon.

Throughout the many years Ingo Swann practiced and researched remote viewing and various other telepathy and mind powers, he wrote extensively about his beliefs and results. They range from the dream-inspired “Purple Fables” with stories that teach of empathy and gentle wisdom to the more scientific “Secrets of Power,” “Penetration,” which explored the extraterrestrial-human psychic connection, his autobiography and “Everybody's Guide to Natural ESP.”

Ingo Swann sketched many of the locations and objects he viewed remotely, but he was also an accomplished artist in the field of visionary art. His paintings depict visualizations of the remote viewing journeys he took shown through a spiritual lens of his beliefs. Many of the pictures, such as “Sun Center” and “Geode,” depict the world interacting with the cosmos. Some are more symbolic such as “Feminine Rising.”

While many people may dismiss Ingo Swann's claims at mind powers and remote viewing capabilities, there is no denying the impact the man had on the scientific study of parapsychology and psychic abilities outside ordinary knowledge. His controlled experiments, teaching protocols and many successful outcomes have placed him firmly in the forefront of these obscure topics. As the public's attitude toward psychic claims and the possibility of mental powers beyond the ordinary shifts in a more positive way, the work of great pioneers like Ingo Swann will be studied and appreciated more.