Who is Spirit Guide Gordon Smith? 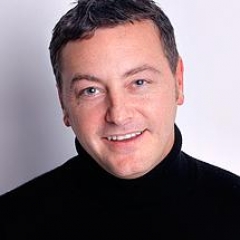 Gordon Smith is a psychic medium from Glasgow, Scotland who also bears the endearing nickname “the psychic barber” due to this interesting combination of careers. He is considered “Britain's most accurate medium” and is known all over the world for his gifts. He has written several books, appeared on many TV shows, and has traveled far and wide to do readings for those who wish to get in contact with the other side.

Gordon has always been able to see, hear, and feel spirits. When he was a young child he assumed his experiences were normal and he shared them often. But he quickly realized these experiences weren't the norm and that they worried the people he shared them with. This lead to young Gordon shutting his mind off to the spirit world for many years.

He led a very normal childhood and was an average teenager who pursued school studies and his passion for gymnastics until his late teens. His adult life seemed bound to follow the same path, devoid of connection from the spirit world. But then, at the age of 24, the spirit of a friend's brother contacted him in the middle of the night.

He later learned that the night the spirit had contacted him was the same night his friend's brother had died in a fire. Gordon's gifts could no longer be ignored.

He started to attend the Spiritualist church. Spiritualism is based on the belief in spirit communication and that the soul of a person continues to exist after death, so it was a good fit for Gordon. He was told early on at a service in the Spiritualist church that he would be speaking from the “platform”. This statement ignited a calling in Gordon.

Gordon is usually quick to point out that all mediums are psychic but not all psychics are mediums. He makes this distinction to help people understand that his gift allows him to connect with spirits that have passed over from the physical world to the spirit world, but that he cannot tell a person whether they should make the big move to California or not.

Gordon's maxim, “You can't die for the life of you!”, reflects what he wants people to know about the other side. “There is another life after death – a life after life, if you like,” he says. “The dead are still so much a part of us.”

Gordon has described connecting with spirits as feeling “like a vibration”. That vibration let's him know that someone from the other side is here in this world, trying to connect to those still living. He says he has spirit guides that aid him in communicating with the spirits.

His guides act as a go-between, exchanging information between Gordon and the deceased loved one he is in contact with. The spirits will often show him images, as well as words, to get their message across. Gordon conveys these images and words to the people he is doing a reading for.

The spirits, he says, will often give specific information, though it can be vague at the same time, that only the person he is doing a reading for will understand. This is because the spirit wants to let the person know that it is a part of that person's everyday life and is still with them even if the person cannot see them.

Many people are skeptical of Gordon and his gifts, but after attending a workshop or sitting with him and experiencing the exchanges between Gordon and the spirits, they walk away amazed and no longer skeptical.

Gordon is a rare breed of psychic who does not charge for readings. He has a deep empathy for people who wish to connect with their deceased loved ones and a strong desire to help them find peace in their lives and release their grief. Ros Cattanach, who runs the London Spiritual Mission where Gordon often stays when his gifts bring him to England for sittings, says, “He is an excellent medium. He is an honest medium with great integrity. We are very blessed to have him.”

Today, Gordon is a successful, internationally renown medium. He balances his life as a psychic medium with his work as a barber. His day job keeps him grounded and connected to his hometown and family while his spiritual work takes him around the globe. He has written and recorded several books, written regular columns for newspapers, and been published in magazines. He has also been featured on television many times, including documentaries and as a guest on talk shows.

He was part of the BBC’s Everyman, “Mediums: Talking With the Dead” three part series. He now has his own series on the Biography channel. Gordon has performed sittings for all sorts of people, including celebrities. He now runs instructional workshops for other mediums and people who wish to develop their gifts or make a stronger connection to the spirit world. And of course, he still cuts hair.

His long years of study have paid off: Gordon is able to travel the world and help people understand, connect with, and come to peace with the other side. He has made a living of sharing his gifts and does so with humor, compassion, and conviction. There is no doubt in his mind that life goes on after death, and he wants everyone to know we aren't alone.