Who Was Gladys Osborne Leonard? 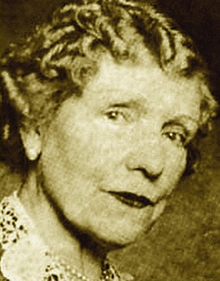 In the late 1800's through the early 1900's, anything considered paranormal was often met with disbelief. One outstanding difference between Gladys Osborne Leonard and other mediums of her time, or even today, is the fact that Gladys did not see herself as unusual and did not claim to possess extraordinary paranormal abilities. She led a fairly simple life even though her profession was anything but simple.

Born on May 28, 1882, in Lythom off the coast of Lancaster, England, Gladys was the eldest of four children born to Isabel and William Osborne.

Her father was a wealthy yachting entrepreneur who discouraged Gladys from embracing her visions of ‘Happy Valleys'. While at breakfast one morning, she mentioned to him the lovely view in front of them.

She had secretly known she should not share her visions, and he quickly forbade her from speaking of them again. Gladys described the views that came to her at an early age in her autobiography titled “My Life in Two Worlds” released in 1951. She went on to describe seeing beautiful people walking around in complete happiness. She didn't understand these visions and had no idea that this was just the beginning of a life-long adventure in Spiritualism.

Later in her childhood, Gladys' family underwent devastating financial destruction. Left to manage for herself, Gladys began training her beautiful voice hoping to pursue a career in singing. A bout of diphtheria left her voice affected. She began working with theatrical companies, playing a variety of roles including comedy. While singing at a Spiritualist Church, Gladys was approached by a medium who told her guides were preparing her for “great spiritual work”.

On December 18, 1906, while staying over with a friend, Gladys was awakened in the middle of the night. Her mother had been ill but no one believed it to be very serious. Gladys later explained:

“I looked up and saw in front of me, but about five feet above the level of my body, a large, circular patch of light. In this light, I saw my mother quite distinctly. Her face looked several years younger than I had seen it a few hours before…she gazed down on me for a moment, seeming to convey to me an intense feeling of relief and a sense of safety and well-being. Then the vision faded. I was wide awake all the time, quite conscious of my surroundings.”

Gladys received word the next morning that her mother had passed away hours earlier.

Gladys met Frederic Leonard a few years later. He became her husband and life-long friend. Frederic was encouraging with his wife's Spiritualism. Together, they agreed she would benefit more staying in London awaiting guidance. They both worked low paying jobs with theater companies to make ends meet. It was here that Gladys truly discovered her abilities.

She had met two sisters, Florence and Nellie, who were also interested in Spiritualism. It was suggested that the three of them together should sit around a table while searching for guidance. On the 27th attempt the table began to tilt up and down. Using the table-tilting method, a series of messages became evident to the three women.

Feda, a young Hindu girl who had married Gladys' great-great-grandfather, William Hamilton, made it known that she was Gladys' spiritual guide. Through messages Gladys learned Feda had died giving birth to a son on the night before they were to return to England. Feda further relayed she had watched over Gladys since her birth and had eagerly waited for her to develop her psychic powers so she could put her into a trance.

This idea did not appeal to Gladys, however, she eventually gave in and allowed herself to be put into a trance state. It was through these trances that Feda would draw spirit communicators closer and establish a strong vibrational link. It was then that Gladys' life-long dedication as a medium began.

One notable difference between Gladys and other claimed mediums is that she and Feda were not able to communicate directly. While in a trance, Feda would relay her messages to sitters, a word used to describe people receiving the reading. It was through one of these trances, Gladys was told Feda wanted her to do more sittings and strengthen her abilities.

Sittings soon became a natural routine with Gladys, and it wasn't long until she became quite sought after. Together, she and Feda used several methods in the sittings. One such method was the book test. Feda would direct the sitter to a certain book in a certain place. She would then have the sitter turn to a certain page, where he or she would find a special message.

Another method called proxy sittings was also used. During proxy sittings, a proxy would sit in for the reading instead of the person receiving the reading. In most cases neither Gladys nor the proxy knew who the sitting was for. Gladys also used cross correspondence where she would relay part of the message, and another medium would relay the rest.

The most notable sittings that made Gladys become known as “England's White Crow” or the “British Mrs. Pine”, was her interactions with Sir Oliver Lodge. Sir Lodge was a significantly recognized physicist. His son, Raymond, had been killed in the war.

At first, Sir Lodge was skeptical and put Gladys through a series of tests until he could no longer deny the evidence she presented him. He later wrote a book about the search for survival evidence titled “Raymond, or Life After Death”. Sir Oliver Lodge went to sittings with Gladys for many years. These sittings led to other notable people asking to meet with her as well as travelers from far away.

Like other mediums, Gladys was subjected to scrutiny. Those who weren't convinced believed Gladys may be mentally ill and that Feda was a second personality. Some believed Gladys used methods such as cold reading or subjective validation to obtain information and fool her sitters. None of these claims swayed her many faithful sitters.

The Society of Psychical Research dedicated many proceedings to her. Gladys never lacked work and was often surrounded by some of England's most brilliant minds. She dedicated her life to her work, only stopping for a time when her husband fell ill.

She prefaced her autobiography with two other books titled “The Last Crossing” in 1937, and “Brief Darkness” in 1942. Gladys is the most thoroughly researched medium of the 20th century. For over 50 years she gave countless sitters evidence of personal survival of their loved ones. Gladys considered herself to be very ordinary and believed her abilities were just as natural as talking.

In her autobiography, Sir Oliver Lodge wrote the following forward: “She is a medium who has proved herself to be the best or one of that I have ever known”.

Whether mediums are to be believed or not is up to the individual. Gladys Osborne Leonard appears to have never tried to be convincing. She believed in herself and others naturally followed. It seems she led a very full life doing exactly what she believed she was intended to do. She is notably the most popular trance medium in England's history.