Who Was Psychic Gerard Coiset? 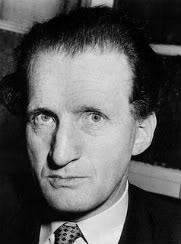 Gerard Croiset was a twentieth century Dutch parapsychologist, psychic and psychometrist (a person who can derive knowledge about someone by holding an object that belongs to them). He also used the name Gerard Boekbinder. Croiset was instrumental in making abilities that lie outside the five senses known around the world.

Croiset was born in Laren, North Holland on March 10, 1909. His early life was a fairly conventional one. As Croiset himself describes it, it was while doing work for the town's watch technician that he first discovered his special gift. While holding a ruler that belonged to his employer, he began to have visions of things that were going to happen in the man's life. When he told him what he had experienced, the watchmaker confirmed that they were true. Shortly thereafter, as Croiset refined his talents, he began to make his abilities known and moved into the public eye.

As he continued to develop his psychic abilities, Croiset started holding psychic healings as well, eventually opening up a clinic that let ordinary citizens come to him for healing and advice. He earned his living in this way throughout World War II. However, according to most accounts, Croiset maintained that he felt that his strongest abilities were as a psychometric.

As World War II was coming to an end, the local investigative authorities were beginning to consult him on cases involving a missing person or murder. Through his psychometric gifts, Croiset was able to gain information about missing people and the details of the crime that had occurred, including how they were killed. On one occasion, while handling a known possession of a murdered woman, not only was he able to provide accurate, reliable information about the circumstances surrounding the victim's death, but also the murderer’s name as well. His reputation as a credible consultant on missing persons cases made him well known among the local authorities, and soon his reputation grew beyond the Netherlands as stories of his accomplishments spread to other countries. Several other missing persons cases were ultimately solved thanks to Gerard Croiset.

In 1966 he flew to Australia to aid in the investigation of the disappearance of the Beaumont family's three children, who had disappeared without a trace from a beach in Adelaide, South Australia. The police were skeptical, but his expenses had been paid by a wealthy businessman interested in the case, and public pressure was such that authorities were bound to accept his help. Croiset ultimately failed to locate the missing children, but his short stay in Australia attracted widespread publicity nonetheless. This had been the first case that he had failed to solve. Despite this, however, people still sought his help.

In January of 1970, Croiset was called to England to assist in the investigation of the kidnapping of Muriel McKay. McKay was the wife of publishing magnate Rupert Murdoch's Deputy Chairman Alick Mckay. The McKay family’s friend, Eric Cutler, requested that he help locate her. Croiset told them that the woman was in a white farmhouse in the North or North East of London that was close to another farm, and that if they did not find her in two weeks’ time she would be dead. Authorities never found her body, but in the end, brothers Arthur and Nazimoodeen Hosein were convicted of her murder anyway. This became the first case in British history in which a conviction was obtained without a body.

One successful case occurred in Tokyo during the 1970′s. During his consultation, Croiset was able to describe the place where the child's body could be located. Following Croiset’s description, the body was then recovered. Yet another successful Japanese case involved another missing child; a 7-year old girl. With only a single photograph, Croiset was able to tell the authorities where to find Miwa Kikuchi. He described the location scene to the authorities as being, “…on the surface of a lake near her home and near a wharf for boats near a yellow protruding structure…”.

Shortly thereafter, the girl’s body was recovered floating in a reservoir near a pier for rowing boats and a yellow water supply tower. The press was mesmerized by Croiset’s paranormal abilities, but some police officers later stated that they would have eventually found the girl’s body on their own without Croiset’s help.

Croiset also made quite a few predictions regarding criminal doings in the United States, including some that pertained to John F. Kennedy's assassination. In his statements, Croiset said that he believed the plot to assassinate him had been planned on a small ranch just 46 miles outside of Dealey Plaza, the location of President Kennedy's assassination, and that three individuals from Cuba and an influential resident of Texas were somehow involved. He also revealed that there were actually three separate shooters aiming at the President, after which all of them retreated back to the ranch.

While in Wierden, Holland, Croiset claimed to have solved a case that involved an attack on a young woman. However, the chief of Police denied that he had been involved in the case in any way. Despite this, stories of his accomplishments continued to spread throughout Japan, as well as in Europe. At that point, people thought that his psychic abilities should be verified. It was then that organization called The Belgian Committee for the Scientific Investigation of Phenomena Reputed to be Paranormal decided to put him to the test. Subsequently, they found nothing to indicate that Croiset possessed any genuine psychic abilities.

Skeptics such as James Lett claimed that it was the thousands of predictions Croiset made throughout his lifetime that inevitably lead to some correct guesses, considering the odds. He wrote about Croiset, “The truth is that the overwhelming majority of Croiset’s predictions were either vague and non-falsifiable or simply wrong. Given the fact that Croiset made thousands of predictions during his lifetime, it is hardly surprising that he enjoyed one or two chance “hits”.

However, he did have his supporters. Parapsychologists such as Professor W.H.C Tenhaeff, Director of the Parapsychology Institute of the University of Utrecht, and others with equally impressive reputations who lived during the same period as Croiset respected his endeavors and believed that he was genuine. And yet, despite his ongoing fame, his reputation did suffer towards the end of his career. Ultimately, the lack of the general public’s faith in him never deterred him from involving himself with missing persons, and murder investigations all over the globe.

Gerard Croiset continued his work until the end of his life. He died on July 20, 1980 in Utrecht,in the Netherlands, at the age of 71.

He had one son, Gerard Croiset Junior, who claims to have inherited his father’s psychic abilities. Today, he does several types of paranormal work in the field including giving private consultations and holding psychic healing sessions.