Who Was Francisco Xavier? 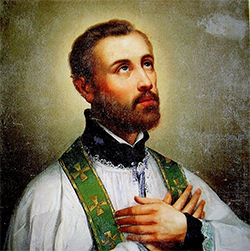 Born in Pedro Leopoldo on April 2, 1910, Francisco de Paula Cândido, known as Chico Xavier (“Chico” being a popular Portuguese nickname for Francisco) was a medium and philanthropist famous for his work in Brazil's spiritism movement. He also wrote over 450 books dealing with his process known as “psychography.” Essentially, as a psychic medium, he would communicate with deceased, and write down what they communicated to him.

Francisco's mother, Maria Joao de Deus, was a housewife and his father was Joao Candido Xavier, a vendor of lottery tickets. According to multiple accounts, Francisco's first medium experience occurred when he was able to state scientific facts to a pregnant woman his father was speaking to when he was only four years old. He recalled that he heard and saw spirits. After his mother's death when he was five, he also claimed he spoke with his mother's spirit for multiple years.

Because of his mother's death, his father wasn't able to raise all nine children so his father handed off responsibility to the children among relatives. Francisco was dropped off with Rita de Cassia, his godmother. During his time living with her, she often spanked him and made him dress as a girl, having become confident he was possessed. When his father remarried, he and his new wife, Cidalia Batista, brought all the children back under one roof. Batista, having been presented with Francisco's gift multiple times over the years, became scared of him and Francisco's father had him hospitalized.

A Catholic priest dismissed his gift as childish fantasy and encouraged the family to put Francisco to work instead of hospitalizing him, so he began working long, difficult hours in a textile factory. He worked tremendously hard at this job and the long hours that he was required to work would impact the rest of his life. This would not be the last job which would require such efforts from him before focusing more deliberately on his work as a spiritualist.

In 1927, Francisco received a message from his mother's spirit that he needed to follow his spiritual gifts. By 1931 Francisco began publishing messages in O Jornal, a Rio de Janiero newspaper. Around this time, he also met his spiritual mentor, Emmanuel. Emmanuel had Francisco transcribe thirty books, known as the Parnaso de Alem-Tumulo. He began assisting with presciptions and advice in addition to his work in psycholography.

Francisco was an incredibly talented transcriber who published thousands of pieces over the entirety of his career. In 1958, Francisco moved to Uberaba and became a spiritual advisor to thousands who came to him for assistance over a number of issues. Throughout the 1960s, Francisco wrote on a myriad of topics, including space travel, drugs, and sex. Francisco traveled across the US in 1965 to promote his Christian spiritualist movement. This time became central to his founding of the Casa da Prece spiritualist center which was located in Uberaba.

Francisco was incredibly famous for his psychographic book. While he authored numerous books, he never took authorship credit since he considered the spirits he communicated with to be his works' inspirations. Over time, his literary works have resulted in over 50 million copies. His works have been translated into a myriad of languages, including Japanese, French, Russian, Italian, Mandarin, English, and many more.

In addition to Francisco's books which he wrote, he also credited himself for having transcribed over ten thousand letters to recipients from their deceased loved-ones' spirits. Due to Francisco's accuracy in referencing known occurrences between these family members, his works were considered completely legitimate. Even more convincing of Francisco's validity was the result of over 35 percent of the letters' signatures being identical to the deceased family member's signature. Many also saw Francisco as a true medium because he never sought to become profitable through his gifts, instead choosing to give all proceeds of his work to various charities.

Francisco was able to produce incredibly high rates of publications, even without a real education. Many saw his abilities as evidence of his medium gift because he could produce works on such a myriad of topics at such a prolific rate, including philosophy, ancient stories, and poems. He is considered by many as the most read author in all of Latin America.

In Goiania, a city in Brazil, Francisco produced one of his most famous works in which he helped free Jose Divino Nunes, who was being accused of murdering his best friend, because Francisco's psychographic work provided supporting evidence that the best friend had died accidentally, not having been murdered by Jose Divino Nunes.

Francisco's Parnaso de Alem-Tumulo, his first few volumes produced through his medium gift, had over 250 poems from deceased Brazilian and Portuguese authors. These volumes had a tremendously high circulation. Also highly-circulated was Francisco's 1944 work, Nosso Lar. Nosso Lar was produced through Francisco's medium communication with Andre Luiz. Francisco also had numerous works produced in combination with his work through Dr. Waldo Vieira, another famous medium during the time.

Francisco made sure that the bulk of his works' profits were given directly to Federacao Espirita Brasileira, a spiritual foundation located in Brazil. His desire to donate the proceeds from his works came from his stance that his works were not his own creation but, rather, the creation of the spirits through which he communicated. The majority of Francisco's funds which came during this time in his life were provided by patrons and quite a few grants.

Francisco passed away in 2002 from a heart attack. His family would later explain that he had requested to expire on a day in which Brazil was in great celebration. As it happened, his death came while Brazil was celebrating the World Cup. In the wake of his death, supporters and mourners built numerous statues of him. Francisco's impact was felt for many years after his death, even being voted the greatest Brazilian in the country's history by a regional magazine.

Francisco's works were not the only reason for his popularity from supporters, many of whom went on lengthy pilgrimages to see him. He was seen as a humble man who served Brazil and many other places with his acts of psychography. His continual belief in not accepting profits for his work only reinforced this mentality of his nature of humility.

His work with the many spirits through which he worked became desired across the world. Perhaps the greatest honor his work received was a nomination for a Nobel Prize. He became one of the most highly regarded men in the realm of spiritualism and is still highly coveted by his home country of Brazil.

His transcribing of thousands, including some very well known men and women, provided a portal into the minds of many which had already deceased. His tremendous work is still popular today.