Who Was Florence Cook? 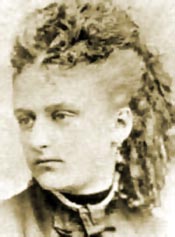 Florence Cook lived her life from 1856 to April 22, 1904. She was a medium with an inner spirit by the name of Katie King. Some people who lived during her time, especially in the 1870s, didn't believe that she was inhabited by any kind of spirit. Sir William Crookes was one of the people who did believe in her psychic abilities and encouraged her to continue with her psychic activities.

Cook started realizing that she had psychic abilities as a teenager. Frank Herne and Crookes aided her in bringing out her abilities. Herne was said to be inhabited with the spirit of John King. Katie King, the spirit who Cook was said to be associated with, was supposedly John's daughter. In 1875, Herne's abilities as a psychic were found to be false. This is the same time that Katie King grew from being just a name and a face to a full-blown apparition who Cook believed she saw on a regular basis.

Cook held several seances in London between 1871 and 1874. This was a time when King was seen most often as an apparition. She was also seen in New York in 1875 during sessions that were held by Jennie and Nelson Holmes. Cook strongly developed her psychic abilities during this time as she was under the wing of the married couple. In 1873, attorney William Volckman felt the presence of King during a seance conducted by Cook. Once he was able to hold onto the spirit, he accused Cook of trying to cover up for her and portray the spirit of King herself.

King was taken away from Volckman's hold and put inside a cabinet before Cook came back into the room. This is when accusations from others started to take place as many who witnessed Cook appearing shortly after King disappeared believed that she had something to do with the apparition. There were some who did support Cook. They defended her, telling others that she had a real power and that the presence of King was felt during the sessions.

When a spirit materializes, it uses the energy from others in the room, especially that of a medium. This could be a reason as to why there was a resemblance of Cook, but some just didn't buy this reasoning. Those who were in control of the local newspaper found out about the apparition and the scene that took place with Volckman. They started denouncing Cook, publicly calling her a fraud. Those who supported her went to Crookes to try to get him to help show a scientific side to being a psychic as he was well-respected in the area as a scientist as well as a medium.

When Cook was 15, she conducted one of her most important ceremonies ever. She was able to present a materialization of King in a clear fashion, one of the clearest to date. During the session, King talked to the people who were present as the seance was conducted in the home of William Crookes. The people who were there measured her and allowed her to hold a baby who was with one of the friends of Crookes. After that session, there was another spirit found with Cook and King.

Her name was Florence Maple. Mary Showers was the medium who brought about Maple. When Cook and Showers were present, both spirits would materialize. While some still believed that Cook was a false psychic, there was some proof that King was real. She never looked exactly like Cook when she was seen. She never weight the same amount, and she was never the same height. Still, Cook was said to be a fraud, and people who wanted to believe in her started to have their doubts as well.

In April and May of 1874, King made her final appearances with Cook. These appearances were in the Cook home. A large group of people would be asked to come to the home to see the spirit and to hear Cook channel some of the other spirits that might be in the room as well. All of the guests in the home would sit in a bedroom of the house. The room would also be dim so that no one could see what was taking place. Cook would begin her session by going into a trance.

This is when King would make an appearance, usually alongside Cook while she was sitting at the table or standing just off to the side of the table. At times, the guests would see Cook on the floor and King standing in another room. This was done to show that Cook had nothing to do with the falsities that were being stated about her. She wanted others to understand that she did have psychic abilities, and she would go to any length to prove that she wasn't a fake.

Edward W. Cox was one of the men who attended the seances. He took a few notes while he was at the sessions. When he put the notes together, he offered a few doubts about what was taking place in the home and with Cook. There were other people who attended, such as Florence Marryat, who saw two distinct figures of Cook and King. She was one of the people who continued to support Cook throughout the entire time she was a psychic.

In 1874, William Crookes wrote a report about Florence Cook and her life as a psychic. He had gathered notes from those who had witnessed her trances and the appearances of King while in the presence of Cook. Crookes made statements that were in a positive light of Cook. He believed that she was real and could summon spirits. Once the report was given, many in the community started to turn against Crookes. They thought that he was a fake as well.

Some of the things that he stated about King were said to be publicity stunts and unbelievable. Cook was said to be highly trained in the way of seances and being able to trick others. This is how many believe that she was able to fool the people who attended her sessions. They thought that Cook was simply portraying a well-rehearsed act to make others think that she could talk to spirits.

George Sitwell was at a seance in 1880 when he grabbed a different spirit that was summoned by Cook. He took note that the spirit that he grabbed did have a physical body, at least in some form, but he also noted that Cook was not sitting in her chair while the spirit was in the room. While this could be another trick by Cook, there really isn't any kind of proof as to whether she was a fake or not.

Sherrie Lyons further explored Cook's life. She came to the conclusion that Cook was indeed the spirit of Katie King. She also made note that Crookes was taken aback by a woman who was simply pretending to be a ghost. He gave his own reputation of being an upstanding member of the scientific community in order to support a woman who by all intents and purposes as nothing more than a fake according to many who researched her.

Cook grew up in London and was said to have talked to and seen ghosts and other spirits since she was a child. She would also hear voices that were unexplained. Cook's last seance was in 1899. Once King was out of the picture, she had no reason to stay in London. She mysteriously vanished from the area before passing away in 1904.