Who Was Eileen Garrett? 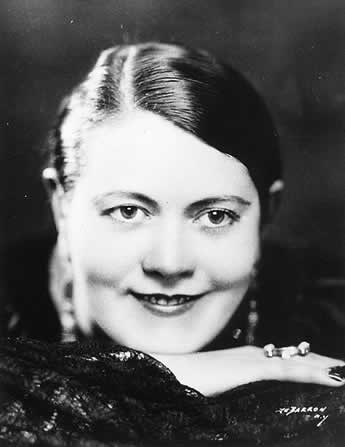 Eileen Garrett was born on March 14, 1893, in Beauparc, County Meath, Ireland. Soon after Eileen’s birth, both of her parents committed suicide, and Eileen was adopted and raised by an aunt and uncle.

Garrett’s childhood was marked by repeated illnesses and by the anger of her aunt, whose temper, Garrett claimed, had caused her to disassociate from her surroundings and while she was in that dissociative state, to experience visions of people who were not there, and to see the light and energy that surrounded both people and animals.

In one famous incident that occurred when she was still a child, Garrett said she saw her favorite aunt, Leone, walking up the path towards her with a baby in her arms, even though the aunt lived a good twenty miles away.

Her Aunt Leone reportedly told Eileen that she was going to have to go away now, and that she had to take the baby with her. Eileen was later severely punished by her custodial aunt for making up such a wild story, but the following day they learned that her aunt Leone and the baby had both died during childbirth the night before.

Because of respiratory problems, she was sent to live with relatives in England (for the more temperate climate) when she was 15 yrs. old. Not long after relocating there, Eileen met and married Clive Barry, and together they had four children. But tragedy continued to dog Eileen: one son died shortly after birth and the other two died during their childhoods. Only their daughter, also named Eileen, survived.

This was the first of Eileen Garrett’s three marriages. The marriage ended before WW1, and during the war, Eileen opened a hostel for soldiers who were convalescing from wounds suffered on the battlefields. She then married a young officer she met during his convalescence, despite having had premonitions that their marriage would be cut short.

Her premonition was proven true when he died fighting at Ypres shortly after they married. Eileen Garrett married for a third time just a month before the war ended, even though she again intuitively knew that this marriage would probably be nearly as short-lived as the previous one.

It was around this time that Garrett discovered her gift as a trance medium at a lecture she was attending when she fell asleep and, according to others in attendance, began to speak to those around her in the voices of their relatives who had died. With help from a man who observed her at that meeting she was connected with the spirit of an Arab soldier from the 14th century called Uvani, who would become Eileen’s main spirit guide.

Stressed at the idea of a spirit control who could see what she was thinking at any time, she fell physically ill once again. Both Eileen and her husband worried that she was suffering from madness, since she claimed to hear voices and exhibited other signs of what is now known as associative identity disorder. Eventually, the strain of this contributed to the break-up of her third marriage.

Still distressed by the concept of a spirit control and still fearing she was losing her sanity because of what she considered an invasion of her privacy by the spirit guide, Garret sought out James Hewitt McKenzie, the founder of the British College of Psychic Science, for help in trying to make sense of what she was experiencing. McKenzie and his wife were able to reassure Eileen that she was not insane and to further assure her that her spirit guide only wished to be of service to mankind, not to pry into her private life.

Garrett remained there at the college studying and developing her mediumship until McKenzie died in 1929.

Another inexplicable incident happened just as Garrett was ready to get married for the fourth time. She and her fiance both fell ill on the same day; Eileen recovered from the surgery that was required, but her fiancé died of pneumonia.

In 1930, Eileen Garrett made contact with (the spirit of) Herbert Carmichael Irwin only two days after his death. Carmichael, a famous Irish aviator and Olympic athlete, had served in the war and then died in a 1930 air disaster when the rigid airship (blimp) he was piloting crashed, killing 47 people aboard.

This contact with Irwin occurred unexpectedly while Garrett was actually trying to contact the spirit of the recently deceased Sir Arthur Conan Doyle to ask the famous author and spiritualist what the cause of the airship accident had been. In subsequent séances, Garrett and Major Oliver Villiers, a friend of several of those who had died in the crash, claimed to have contacted both Irwin and other crash victims.

In 1931, Garrett was invited to come to the U.S. by the American Society for Psychical Research. She made the trip, still determined to gain an understanding of mediumship and to further investigate the possibility of the existence of life after death. While she was in the U.S., Garrett connected with both parapsychologists and scientists, and took part in several physiological and psychological experiments, hoping to clarify the existence and meaning of mediumship and other psychic phenomenon.

One investigator of psychic phenomena, Hereward Carrington, was so impressed by what he witnessed that he called her a “medium’s medium,” and pronounced that she was the real thing, completely unlike 98% of the claims and mediums he had investigated previously and dismissed as fakes. Garrett participated in clairvoyance tests, like one at Duke University at which she failed to be able to read what was written on cards that were sealed in envelopes.

Garrett defended herself by saying that the cards lacked the psychic energy necessary to communicate their contents to her. She also reportedly failed a similar test given to her by parapsychologist Samuel Shoal in 1937.

Garrett was living in France and working with children and refugees when World War 2 began, and she remained working there until the end of 1940. At that point, sensing that she needed to leave France and find a different kind of work, she managed to get to Lisbon and obtain passage on a boat traveling to New York.

Shortly after her arrival in the U.S., Garrett started a publishing house called Creative Age Press and also began publishing a monthly magazine called Tomorrow, which was about public affairs and did not succeed. Eileen Garrett became a U.S. citizen in 1947 and continued to earn her living speaking and writing. Creative Age was sold to Farrar, Strauss and Young in 1951.

Garrett continued to perform psychic experiments for researchers in Europe and the United States into the 1950s. Interestingly, Garrett told people and wrote that she did not believe that there was life after death; nor did she think that mediumship was due to any kind of spiritual contact, but rather, to activity in a “magnetic field.” She believed that she was simply a device or vessel through which ideas and spiritual contacts flowed.

Garrett also continued to attract spirit controls to her repertoire, adding Abdul Latif, a 17th century Persian physician who was involved with healing, Tahotah and Ramah – neither of whom had ever had earthly incarnations – to her first spirit guide, Uvani. Of the four trance communicators, Uvani consistently remained her main contact.

Garrett also authored several books on psychic phenomenon, including Adventures in the Supernormal (1949) and The Sense and Nonsense of Prophesy (1950). Her autobiography, Many Voices: The Autobiography of a Medium, was published in 1968. She also wrote several novels under the pseudonym Jean Lyttle.

As she aged, Garrett divided her time between the U.S. and France, and remained productive and determined to continue to investigate the paranormal.

In September, 1970, at the age of 77, Eileen Garrett died after a lengthy battle with bone cancer.