Who Is Chip Coffey? 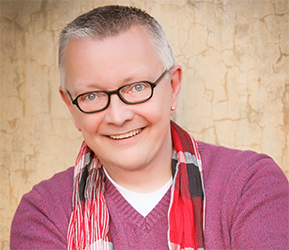 The psychic known as Chip Coffey is famous for his work with gifted children and paranormal investigations. At a very young age, he began demonstrating a gift for predicting phone calls made to his parents moments before they were received. This was a small glimpse into the talents that were manifesting in young Coffey. His family was not only accepting of his abilities, they found it to be quite common to witness levitating objects or other indications that the deceased former residents were causing a stir inside their home.

Chip recognizes that although he was lucky to have such an understanding support system, many children with similar gifts are outcast. A part of his professional work is helping psychic youths overcome the hardships of bullying and torment from religious figures, other children, and sometimes their own parents.

Coffey also helps people of all ages reconnect with their deceased loved ones with his work as a psychic medium. Other work includes time spent in travel management and the entertainment business, but as of 2001 he works exclusively doing readings as a psychic and spiritual medium. He, like most famous psychics, does believe in God and angels.

It was not a surprise to anyone that Coffey demonstrated psychic abilities to communicate with spirits judging by his ancestry. His great-grandmother was a medicine woman, his grandmother read tea leaves, and he believes that psychic abilities can be hereditary. Chip admits that he does not take himself as seriously as he takes his work, and he is actually a funny person when the cameras are not rolling.

He is proud to work for animal rights, and has quite a few of his own that he takes care of. It is not unusual to find him volunteering in charity events, such as hospice fundraisers and animal rescue groups. At the age of two he started his career with modeling and then moved on to acting in the theater. Although he has taken on over 150 roles on the stage, he has served as the artistic director in different locations. He has lived in South Carolina and upstate New York, but currently finds his home in Atlanta.

During the years that it seemed a new paranormal investigation show was launching each week, this show joined the rankings with its own team. Chip was an occasional guest joining the team of college students trying to uncover paranormal phenomena in different haunted sites. It is an unfortunate reality that the show was not entirely organic in terms of the investigations, and Coffey was one of the accused conspirators. Although he does have abilities that most believe are valid, he was fed specific information ahead of filming to make the show seem more interesting.

His arrival on the scene of the same exposed episode is also completely staged for the cameras. The family that contacted the Paranormal State team were asked to send information and photographs ahead of production, which are believed to be the pieces of information shared with Chip.

He was able to arrive at the home and pick specific areas of the home and details about the phenomenon without using his abilities whatsoever. If it was not for the producer informing the family ahead of production that he had forwarded documentation about the case to Coffey, this information would not have been known to the public.

Chip plays the role of host in the series that helps gifted children become empowered in their abilities, and teaches their families to become more understanding and accepting. The main skepticism of this show is the role of the parents feeding the imagination of their kids.

Some guests demonstrate genuine gifts that they are unable to fully understand and have faced criticism for displaying. Others leave viewers feeling that it is simply the wild ideas of an ordinary young person. Coffey brings the featured guest to locations and gives the opportunity to reveal psychic abilities.

It is unknown if this is reality television or another attempt to exploit the hopes of believers for ratings. One thing that cannot be denied is his dedication to making the young people feel validated and comforted in abilities that some may believe are unusual or abnormal.

His goal for the show (as well as his book) is to make it known that children have abilities that can be real. A lot of families do not understand how to deal with it and may put the child through therapy or mental evaluations as a way to cope. As a response to the criticism of exploitation, he points out that the people featured were filmed and interviewed by choice. Chip will continue to work with young people so that the rest of the world and those close to them are able to gain an understanding, and hopefully accept the situation.

Coffey released a book that serves as a resource for parents and psychic children that struggle with unique gifts like his own. There is a lot of skepticism and criticism of psychics at any age, and it can be difficult to know where to turn. Chip provides guidance so that the kids have a sense of being understood rather than treated as a freak or misfit, especially when it comes to their own parents.

Rather than group all gifted people as psychics, he explains in detail the different types of abilities that a person may have, and how to control gifted communication.

He also helps the reader learn to determine the difference between true ability and a child that has a creative imagination. This is the first book release of Coffey's, but it is the resource that a lot of his fans have been anticipating for quite some time.

Private psychic readings are available with a fee and considerable wait period through his web site. Seasonal tours also offer the opportunity for some guests to receive a personal reading, as well as the occasional convention appearance. Over the last decade, he has been receiving messages from deceased in a way that he was never before able to communicate. Most well-known psychics have dabbled in criminal investigations, and Chip has participated in his fair share. One instance that a murdered woman used his body to recreate her death left a lasting, memorable impression.

He plans to release additional books as the opportunities come to extend his knowledge to the fans that are eager to continue reading about his ideas and life. There is not much that Chip has not done in terms of using his abilities to help other people and animals.