Who Was Charles Webster Leadbeater? 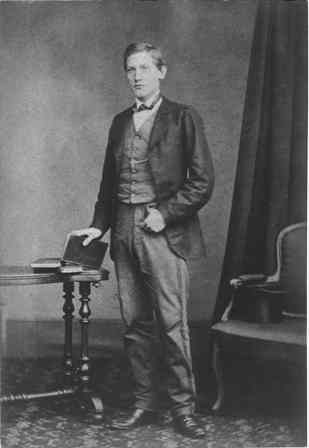 Charles Webster Leadbeater made his mark on the world through his spiritual and philosophical writings, his leadership roles in the Theosophical Society and Liberal Catholic Church and his clairvoyant abilities.

He was a man who desired to understand the universe through science, religion and mysticism, believing that all three categories could coexist in harmony.

Following these beliefs, Leadbeater spent the majority of his life searching for and understanding the reasons behind the existence of creation.

Although the details of many of his early years are a mystery, it is known that Charles Webster Leadbeater arrived into this world on February 16, 1854, to Charles and Emma Leadbeater. He was born in Stockport, England but grew up in London, which may explain his progressive and open minded thinking.

Leadbeater grew up in the Anglican church, and with the help of his uncle, he became an Anglican priest in 1879. This position allowed him to quit his clerical jobs and spend time doing priestly duties. One of these duties was teaching, which would become a lifelong passion for him.

Charles’ religious views expanded when he was introduced to spiritualism in 1881. What started out as an interest quickly grew into a belief system of which he was devoted, and by 1883, Leadbeater was a full-fledged member of the Theosophical Society.

Even though Leadbeater was not properly educated or wealthy, he quickly became more and more popular within the organization. In fact, a year later he found himself studying yoga and aspects of theosophy in India with Helena Petrovna Blavatsky, the co-founder of the Theosophical Society.

During his time in India, Leadbeater’s loyalty to the Society and its belief system continued to increase as he advanced his studies. One aspect of this was developing clairvoyant abilities through specific yoga techniques requiring a high level of intensity and dedication. By 1886, he had begun crossing into what he referred to as “astral consciousness”, a subject he would later write a book about.

Leadbeater’s dedication and desire to learn resulted in him becoming a trusted leader within the Society. After only being a member for two years, he was assigned to the position of headmaster at the English Buddhist Academy in Sri Lanka. Even after he left the position, he continued to teach at some level wherever he was in the world.

Leadbeater moved to Australia in 1915 to work with the Theosophical Society's branch in the region. This is when he met up with a fellow ex-Anglican priest and theosophy practitioner, J.I. Wedgewood. The two joined together to launch the Liberal Catholic Church.

The new religion was based on the teaching of theosophy, but the Church was never considered a part of the Theosophical Society. Leadbeater and Wedgewood organized the belief system to incorporate traditional Catholic Sacraments and rituals into its esotericism base.

As a founding co-bishop within the Church, Leadbeater explained the fundamental beliefs in “The Science of Sacraments”. The book serves as a guide for the members, explaining the rituals and practices that are the core components of the religion, and it is still an important piece of literature within the organization.

Leadbeater continued to work with both the Theosophical Society and the Liberal Catholic Church until he passed away. This work included written books and brochures, giving speeches and presentations, and mentoring members of both organizations.

Charles Webster Leadbeater died on March 1, 1934, in Australia. His death was a result of a heart attack brought on by his struggles with diabetes.

Leadbeater first showcased clairvoyant skills under the instruction of Master Kuthumi in India. After weeks of intense yoga and meditation work, Leadbeater said he was able to consciously reach the astral plane after many weeks of practice.He would later cite this experience as rooting his faith in the theosophy philosophy. From here, his skills continued to advance, increasing his ability to reach other realms of existence.

Leadbeater said he did, in fact, advise the students, but the situation only occurred after they had approached him in confidence for advice. He felt that the action benefitted the students, who were struggling with aggressive thoughts, and that such a practice shouldn't be seen as poor ethics.

Although there were never any legal charges brought against him, Leadbeater decided to resign from the Society to avoid any negative attention the situation might cause his beloved organization. Fortunately, he was invited back a year later. He resumed his roles within in the Theosophical Society which eventually led to his placement in Australia.

Leadbeater's roles in the Theosophical Society and the Liberal Catholic Church made him a leading speaker and writer on esotericism subject matter. This authoritative status led to him creating nearly 70 pieces of literature throughout his life.

While many of these pieces were viewed as revolutionary in their time, there are still three works that are considered important today: “The Astral Plane”, “The Devachanic Plane” and “The Science of Sacraments” (details below).