Who Was Arthur Ford? 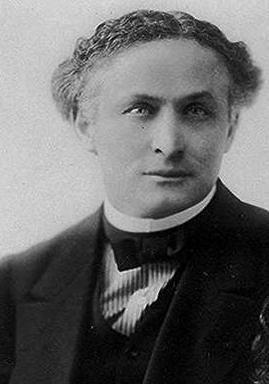 Born in Florida in January 1896, Arthur Ford was a world renowned spiritual medium who used clairaudience to contact other realms. He was a learned man who attended Transylvania College in Kentucky and became an ordained minister of the Disciples of Christ. Early on, Arthur’s religious upbringing caused a great deal of angst about his feelings of psychic ability.

It was a meeting with an Indian mystic by the name of Yogananda who helped him to understand his abilities, and further harness them to create true psychic revelations. His first public display of his gifts were during his service in the Army when he claimed to be able to hear the names of soldiers who would fall on the field of battle before their names showed up on the casualty list.

Like most clairvoyants, Arthur Ford had a control spirit who was his contact to the beyond. Calling his spirit “Fletcher,” Arthur developed a large and devout following in the self-designed church he created in New York under the Spiritualist denomination governed by the National Spiritualist Association.

Later in 1936, Ford split with the Association due to broadening his feelings on reincarnation and other beliefs that created tension between him and his parent organization. From there he worked to create the General Assembly, a spiritualistic religious organization that has more accepting attitudes toward other forms of spiritualism and reincarnation in general. The National Spiritualist Association (NSAC) still exists today as does Arthur Ford’s creation the General Assembly of Spiritualists.

Traveling the world, he met with Sir Arthur Conan Doyle, author of the Sherlock Holmes stories, in Great Britain. Doyle was so impressed by Ford’s abilities he labeled him “the most amazing thing I’ve seen in 41 years of psychic experiences.” In spite of many famous displays of public clairvoyance, Ford failed a test from the American Society for Psychical Research attempting to test his psychic abilities.

Some dispute the findings of the American Society for Psychical Research because Ford’s abilities were tested using touch rather than hearing. Ford followers believe that his form of clairvoyance required hearing the voice of his spiritual medium, known as clairaudience, not the touching of items owned by others, a completely different form of psychic ability known as psychometry, that the association used in its testing procedures discounted their claim of Arthur’s failure.

What is a Clairaudiant?

There are several types of clairvoyance, each with its own means of communicating with other realms. Arthur Ford was a clairvoyant who used the method of clairaudience. This is where the person contacts paranormal entities by hearing them. Other forms of clairvoyance include clairsentience which is feeling or touching, clairalience which the ability to smell odors that aren’t present in the physical sense, claircognizance which is a form of precognition or awareness of a situation, clairgustance which is the ability to taste a flavor without the substance being present.

Opening the Door for Modern Psychics

Arthur’s early work was wide-spread enough to gain world-wide attention and notoriety. It was his claim that he had been able to contact first Houdini’s late mother, and then in a later session the late Harry Houdini himself, for Houdini’s late wife in a séance that garnered him the most fame and later scorn. While the séance contacting Houdini where Ford claims to have received a code that relayed messages from Houdini that only Bess would understand. There is much speculation as to why Bess initially claimed Ford’s attempts were real and accurate. It was only after Arthur Ford’s death that biographers uncovered suspicious notes and collections of information regarding Houdini that pointed to Ford being a quite ingenious fraud.

Ford was the first to, at least publicly, use means of investigation and research to create strong and believable showcases of psychic ability. He rarely relied on mind or visual tricks such as fog, lighting or sounds to distract audiences during séances.

Nevertheless, the recognition Arthur Ford achieved in his lifetime served to cement the possibilities of clairvoyance and psychic abilities in the minds of the public. His work paved the way for such famed psychics as Sylvia Browne, John Edward, and the most recent Long Island Medium Theresa Caputo.

The Argument for Ford

While many became suspicious after the reports of Arthur’s means of obtaining information prior to doing séances, just as many stayed loyal to the psychic. Even knowing about a person’s past or present situations isn’t enough to accurately predict future events, which he did regularly with a reputed degree of accuracy. His believers also are quick to point out that while many allegations of cheating and fraud were suggested, none were ever fully proven.

Throughout his life Arthur Ford openly admitted to have struggles with alcohol and morphine. A result of a severe automobile accident that severely injured Ford and killed his sister, he struggled for years to overcome his addiction. He related his tale of addiction struggles in his autobiography “Nothing So Strange,” published in 1958.

After a long life of fame in the realm of psychic mediums, he popped up again on the world’s radar in 1967 when he appeared to discuss life after death on a show. During the show he became overwhelmed and went into a trance and proceeded to give Bishop James Pike several messages from beyond. The messages were said to be from Bishop Pike’s son and also from a theologian Paul Tillich. The display impressed viewers and Bishop Pike as well. Pike talked about his beliefs in psychic abilities in his book published in 1968 called “The Other Side.” Following his television appearance Ford received over 12,000 pieces of fan mail from people interested in psychic ability, mediums and spiritualism.

Arthur Ford passed away in his home state of Florida in January of 1971, exactly one day short of his 75th birthday. He remained committed to his spiritual medium, Fletcher, until his death. Nothing is so fitting for a psychic than to have a degree of fame and life after death. So it was for Arthur Ford who became famous all over again when modern psychic, Ruth Montgomery, claimed she had psychically received messages from the late Ford. She published her recollections of the events in her book “A World Beyond.”

It was only after death that Arthur Ford truly became controversial. While there were allegations of fraud in his lifetime, most of the more serious claims only followed his death. It was then that Allen Spraggett and his associate Rev. William V. Rauscher found the Houdini evidence in Ford’s belongings and they also claim to have found some evidence that the television séance where Ford contacted Bishop Pike’s son was also fake. The biographer claimed that the evidence was “disquietingly strong” that Ford cheated on those occasions with deliberate calculations; however, nothing has ever been proven.