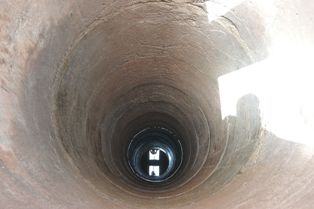 The Big Apple is the heart and soul of a lot of the tourism on the east coast of the country, but have you ever thought of New York City as a place where ghost hunters would find the paranormal activity that they are looking for? Well, I have lived in New York for nearly a decade now, and I can tell you that there are definitely haunted locations within the city. Let’s hop on the A train and see where it leads us.

The Dakota is a location that is well-known because of the movie Rosemary’s Baby, but did you know that it is the location where John Lennon was assassinated as well? Those who work in the hotel have seen plenty of untimely guests in the Dakota. A young girl from the turn of the century and John Lennon himself are among those whose spirit can be seen regularly at the hotel.

2. The House of Death

The quaint little townhouse on West Tenth Street has become widely known as one of the most haunted locations in NYC. The house holds many horrors, like the murder of a six year old girl who was beaten to death by her stepfather. The stepfather then murdered his wife and killed himself as well. Mark Twain lived in this location during the year 1900, and visitors say that they can still see him ascend the staircase from time to time.

During the 1800s, a woman named Gulielma Sands was found at the bottom of a well. The well is located at what is now 129 Spring Street. It was covered over at one point; but in the 1980s, visitors began coming to the well to see if the spirit of Gulielma Sands is still present.

Since 1869, over 800,000 individuals were buried on Hart Island. The island was also home to a woman’s asylum. It is said that the spirits of the dead still haunt this small uninhabited island near the Bronx.

This is the site where George Washington’s final address during the war was given, but it is not the only farewell that the tavern has witnessed. A man who caught his wife cheating on him killed her, and then he stabbed himself. Years later, a bombing killed four individuals who were inside the building. Guests have reported hearing footsteps and unexplained noises at all hours.

Washington Square Park is the location of a Native American burial ground, but in addition to all of those graves, during the yellow fever outbreak in the city, this area was used as a mass grave for those who were infected. Human remains have been dug up in the park, and to date, glowing orbs show up in pictures that are taken in the park.

This law school used to be the home of Edgar Allan Poe. The only part of the original house that remains is the banister to the staircase. Since his true delight was horror stories, you can still see his spirit lurking nearby.

Ghosts have haunted this terminal for centuries. Lost passengers who never found their way back home can be seen in the terminal at night as well as a man with a moustache who simply watches those passing by. Legend has it that a mysterious train has been seen to appear at midnight and take passengers to hell.

Many have leapt to their death from the Empire State Building’s observation deck, but none were described as beautiful until a woman named Evelyn McHale. When she heard of her fiancé’s death, she threw herself off of the building and her body landed on a limousine that was parked below the building.

Hotel Chelsea is a place that was frequented by a lot of artists and well-known individuals. It is said that the ghost of the many of them can be seen roaming the halls to this day. A lady named Mary who survived the titanic’s horrid fate, but lost her husband in the icy waters of the Atlantic can be seen in the mirrors of the hotel staring at her reflection.

If you are planning to visit New York City in the near future, hit up some of these haunted locations; you may get lucky enough to spot the ghost of a famous individual. Don’t forget to check out haunted locations outside of the city as well. If you need help getting started, check out my article on haunted places within the state of New York.