Is the White House Haunted? 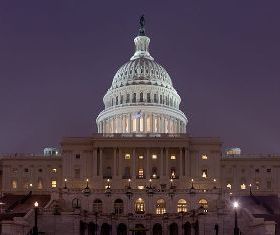 1600 Pennsylvania Avenue is the site of the White House. It has been the home and the office of our president for centuries now, and there have been a number of historical events that have taken place within its walls. What you may not know is that those who have stayed in the White House have encountered a number of unexplained and unusual encounters that only indicate one thing: the White House is haunted. Let’s take a look at some of the rooms within so that you can see for yourself what others have experienced.

When Winston Churchill stayed at the residence, he saw the ghost of Lincoln standing next to the fireplace in the bedroom as he was coming out of the bath. After this encounter, he changed sleeping quarters and refused to sleep in the Lincoln Bedroom ever again. President Reagan and his wife also saw the ghost of President Lincoln in the same location. Others have noticed that the lights turn on at random times by themselves.

Another former president, Andrew Jackson, can be seen in his former bedroom. You can often hear laughter erupting from the room, and when you enter, not a soul can be found. Mary Todd Lincoln even claimed to have heard Jackson letting out a violent string of curses. Another account in this bedroom occurred when Queen Wilhelmina of the Netherlands was staying in the room. One night, she heard a knock at her door and the visitor that she saw upon opening it was Abraham Lincoln’s ghost.

Abigail Adams liked to hang her laundry in this room to dry. She can often be seen entering the room with an arm full of clothes, and the air in the room faintly smells like laundry detergent.

This room used to be Lincoln’s personal library, and he can still be seen sitting in front of the windows. The most notable individual who spotted his ghost here was First Lady Grace Coolidge. First Lady Mary Todd Lincoln also saw Thomas Jefferson and John Tyler in this room.

This is the entrance of the building. Many who enter the building have reported seeing ushers who are no longer in this world still tending to their responsibilities. The spirit of Anne Surratt also haunts the entrance; her ghost can be seen pounding on the doors begging for her mother’s life to be spared. She can also be seen on the stairs weeping on the date that the execution took place, July 7th.

There has also been spiritual activity in the bedrooms that are located on the second floor of the building. One family who stayed at the White House reported seeing the ghost of a British soldier attempting to set their bed on fire. Lynda Johnson, President Lyndon B. Johnson’s daughter also saw Willie Lincoln’s spirit in this room. In fact, it is the exact bedroom where he died. The screams of a woman can also be heard on occasion and some believe that this is President Grover Cleveland’s wife’s ghost because she gave birth here during her time in the White House.

The basement is the home of a demon cat that has lived in the White House for many years. This cat cannot always be seen, but when it does appear, it is a warning that something bad is about to occur. It is said that the demon cat appeared before the assassination of president Kennedy as well as right before the stock market crashed in the 1920s. The cat will look like a kitten at first, and the closer you get to the event, the larger the spirit beast will become.

William Henry Harrison was the president with the shortest term, but it appears that he is still living in the White House even though he died from Pneumonia shortly after his inauguration. Specifically, he can be seen and heard searching for something in the attic of the residence. If you are in the Oval office, you can also hear sounds from the attic above from a man saying that his name is David Burns. If you are wondering who that is, it is the man who gave up his land for the White House to be built.