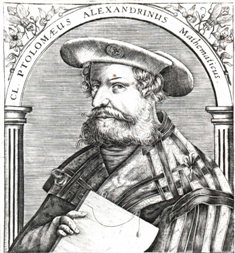 Astrology has been in existence since the earliest human civilizations, and it's safe to say the act of charting the stars to determine one's destiny has long been applied by all tiers of society, from the poorest workers to privileged members of the aristocracy.

The earliest astrological writings were attributed to the ancient Babylonian and Greek scholars, with the former dividing the twelve astrological segments and the latter naming and establishing their zodiakos kyklos (animal cycle). The astrological cycle and dates as we apply them today were established during the Hellenistic period, roughly the 1st millennium BC.

While eastern countries continued the study and practice of astrology, medieval Europe went relatively dark on the subject. A few exceptions can be found in remaining evidence, the most famous depicting Halley's Comet coinciding with the 1066 victory of William The Conqueror, immortalized in the Bayeux Tapestry. (Coincidentally, the author Samuel Clemens, or Mark Twain, was born during the 1835 appearance of Halley's Comet, and predicted he would die upon the comet's return. Sure enough, he died one day after its brightest peak in 1910).

Astrologers were a staple at royal courts following the Renaissance, though mostly employed for entertainment purposes. However, many notable individuals were brought into the inner circles of state where important matters were discussed and decided upon. One such example was the French physician and astrologer Nostradamus, who was frequently consulted by members of the 16th century monarchy. Births, deaths, wars, and profitable partnerships were often sought through the guiding hand (and celestial charting) of a renowned astrologer.

While astrology may have been a casual pastime for the majority of the world's historical figures, others owed much of their influence and subsequent outcomes on the strategic timing and predictions of their appointed astrologers. For example, the Tudor dynasty of England had a long history of consulting astrologers on matters ranging from when to declare war to which prospective wife was most likely to produce a male heir. The latter certainly applied to the infamous Henry VIII, whose frantic pursuit of a son left many astrologers pressed to predict a successful birth at the expense of their own heads. Henry's daughter, Queen Elizabeth I, would go on to seek the council of famed astrologer John Dee throughout her life, beginning with her coronation chart.

Up until the 18th century astrology was included in the mandatory examination for prospective doctors, with universities touting the planetary positions as one of the keys to a successful prognosis. Astrology and science often went hand-in-hand during the Age of Enlightenment, with scholars frequently turning to elements of the occult, such as alchemy and mysticism, in the hopes of striking a happy balance between religion and reason. Famed English physicist and mathematician Sir Isaac Newton openly promoted the use of astrology to chart the practical course of one's natal influences, compelled by the age-old question: can man alter his destiny?

Fast forward several centuries to the beloved Diana, Princess of Wales, who was celebrated worldwide for her grace, style, humanitarian work, and tumultuous marriage to Prince Charles. Throughout her marriage, divorce, and subsequent life as an independent woman Diana reportedly consulted with various astrologers and psychic advisers to guide her through the new chapter of her life, and assist in crucial decisions concerning her personal relationships as well as her public image. Even Britain's “Iron Lady” Margaret Thatcher was a reputed follower of astrology.

The other side of the Atlantic has also seen its share of astrology followers, with many of the nation's most influential figures looking to the stars in matters of leadership and political discourse. Some of the earliest founding fathers (including 1st President George Washington) were members of various masonic societies, and championed the use of astrology in forging the way for a liberated colony. Benjamin Franklin was a great admirer of astrology, and devoted much of his energy to the application of celestial knowledge, which can still be found in the 26 issues of his Poor Richard's Almanac.

Astrology's fan base doesn't end with the 18th century, however. President Theodore “Teddy” Roosevelt, for all his practical pursuits and no-nonsense demeanor, frequently pinned his weekly and monthly horoscopes above his desk as cautionary guides to keep him on track. Celebrity astrologer Joan Quigley was called on by First Lady Nancy Reagan in 1981 following the attempted assassination of her husband, President Ronald Reagan. Quigley would continue as the First Lady's personal White House astrologer until the end of the Reagan administration's term.

While astrology is widely explored and enjoyed in the 21st century, with little conflict in regards to one's religious values and community, it may surprise some to learn that it was similarly tolerated in prior centuries. The fiercely Protestant Tudor family, notorious for persecuting Catholics in the name of witchcraft and treason, thought nothing of consulting court astrologers to conduct their business via the stars. Even the strict colonial codes of early America more or less permitted the practice of astrology, provided it was endorsed by members of the scholastic and economic elite.

Elizabeth I was neither the first nor the last to consult with an astrologer before considering any proposals of matrimony; many families in modern-day India will not approve of a marriage until an extensive astrological chart is drawn for both the prospective bride and groom, and discussed at length. Similarly, natal charts are as commonplace for today's expecting couples as they were for Henry VIII–albeit under happier circumstances.