The Most Powerful Fictional Psychics on Television 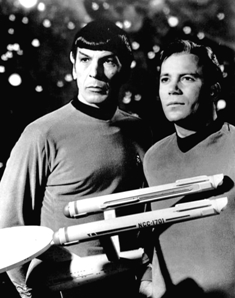 The human imagination is an amazing thing. As a spiritual medium, I feel connected to the universe, but I’ve always been drawn to the fantastical and have been a lifelong comics and sci-fi fan. I remember watching reruns of Star Trek as a child with my dad, who also had some abilities as a medium. Over the years, I’ve seen many sci-fi TV characters that have had psychic powers and each of them has always sparked my imagination, despite their powers often being unrealistic and sometimes silly. In any situation, let’s take a look at some of the best and most powerful psychics on television.

Not many people remember that Vulcans on Star Trek are actually powerful touch psychics. With skin on skin contact, Vulcans could reach into minds. In fact, Spock, despite his half-human heritage, showed prodigious psychic power when he was able to interface with V’ger, the entity that had nearly limitless mental capacity and had a body the size of a star system.

Sookie always tended to play a damsel in distress but had plenty of opportunities to show her own fangs so to speak. Sookie was part fairy, which gave her strong telepathic abilities that made her very attractive to the vampires in her small town of Bon Temps, Louisiana. In the series, she regularly was able to listen into the Bon Temps residents’ deepest thoughts; a power that made her a bit of an outcast amongst the residents.

Another Star Trek character, Lwaxana, was a Betazoid on the series. Her daughter, the half Betazoid Deana Troi, was ship’s counselor on the Enterprise. Lwaxana, like all full-blooded Betazoids, was a telepath with empathic abilities that loved to listen in on the thoughts of the series’ cast. While her daughter only inherited the empathic abilities, Lwaxana’s own psychic abilities were quite powerful.

The Doctor (Doctor Who)

But The Doctor isn’t a psychic, right? You’d be wrong with that assertion as all Time Lords were often portrayed as actually very powerful psychics when the need arose. While he doesn’t probe his companions minds for tidbits about their lives, there have been several situations where the ancient Gallifreyan used psychic abilities to repel mental attacks, wipe minds (Donna Noble), and communicate with the other Time Lords. The series showrunners have a tendency to downplay these types of things, but from time to time, they put them out there for all to see.

River Tam was a girl who was unfortunately experimented on and, as a result, gained significant psychic powers from her tormentors. Clearly demonstrating precognition, some telepathy, and empathy, Tam was often misunderstood by her crewmates. Nevertheless, as the series progressed through its single season and film, we got far too little exposure to her powers.

The ever enigmatic Haitian was a powerful psychic who had the power to nullify powers and wipe minds. We never got a good chance to learn more about the Haitian, but he was ever ready to come to aid one of the series’ protagonists, HRG.

Despite being one of the newer psychics on television, David Haller is a character that’s over 30 years old. Based on the X-Men character of the same name, David Haller is an omega level mutant who exhibits a high degree of telepathic and telekinetic powers in his FX show, Legion. To date, the David of the television series has displayed powerful telepathic abilities, the ability to teleport, and the ability to warp matter to his liking with just his mind. One thing is for sure, Haller is a very powerful psychic!

On the television show Fringe, we aren’t even made aware of any supernatural powers held by the main protagonist Olivia Dunham until late in the first season. Once her abilities are exposed, we find out that she is definitely a very powerful psychic with some telekinetic abilities, pyrokinesis, and the most notable ability to travel across realities unaided.

The final entry in our list of television psychics is another very recent one. Eleven, a character who was experimented on by a shadowy government organization (shades of River Tam), exhibited powerful telekinetic abilities that were a bit frightening to behold. While she was held in check by her friends, it will be interesting to see where the character goes in the upcoming second season, which is set to debut later this year.