Quotes to Light Your Path 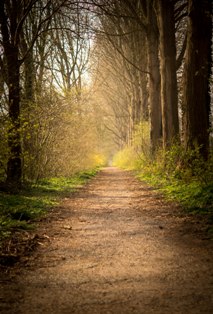 Throughout the history of the written word, there have been quotes that have lit the path of others and provided true perspective. Many of these quotes originate from famous people like Albert Einstein, Plato, or Mark Twain. Some of these are spiritually-based, but many simply offer an uncomplicated wisdom that seems to transcend the negative. In this guide, I am going to hit on some of the quotes that I always try to remember and what each can mean in your life.

“Forgive Them, Even When They Are Not Sorry” – 11th Dimension, Julian Casablancas

I know that this is more of a song lyric, but to me, this is an important sentiment because it reveals that forgiveness doesn’t have to be something that is a two-way street. Forgiveness is for the offender, but it’s also something that greatly benefits the giver as well. Sometimes we have events in our lives that can provide a lot of resentment, fear, despair, and rage, but letting go of these emotions and transcending can be a truly freeing experience.

“If we have no peace, it is because we have forgotten that we belong to each other.” – Mother Teresa

Mother Teresa was one of the most important figures when it came to compassion and caring. The catholic nun lived to be 87 years old and was canonized by the church in which she gave her remarkable service. Her quote, which fully exemplifies her commitment to her fellow people, really exemplifies the connectedness that we should all try to understand. We’re all part of each other, it’s society that tells us to be apart. Always remember this quote when you feel alone or angry.

“He is now rising from affluence to poverty.” – Mark Twain

Mark Twain has a wide variety of quotes and his irreverent personality was one of his shining attributes that made him so popular. I personally love quotes from him like, “Whenever you find yourself on the side of the majority, it is time to pause and reflect.” and “The secret of getting ahead is getting started.” but I love the poverty quote the most. This quote really tells a story; it indicates the person is actually rising to poverty, which is a key indicator that lavish riches won’t necessarily enrich the person spiritually. It’s actually the more humble person who has truly risen to spiritual prominence.

“Every one of us is, in the cosmic perspective, precious. If a human disagrees with you, let him live. In a hundred billion galaxies, you will not find another.” – Cosmos, Carl Sagan

Carl Sagan was a brilliant astrophysicist whose deep thoughts on the nature of the universe inspired a generation of scientists, including Hayden Planetarium director Neil Degrasse Tyson. This specific quote is amazing because it really summarizes the uniqueness that is inherent in each individual. While Carl Sagan wasn’t considered the deepest of spiritual thinkers, this quote from him really illustrates that scientific thinking and the spiritual aren’t as mutually exclusive as one might expect.

“The only way to discover the limits of the possible is to go beyond them into the impossible.” – Arthur C. Clarke

This is another quotation by a man of science. Arthur C. Clarke was a person who is considered to be one of the “big three” of science fiction. In his career, he invented the concept of the communications satellite and also was the author of iconic novels like 2001. This specific quote is a great way to light your path because it inspires a sense of deep discovery and boundary pushing. It states that we need to push the limits of what’s known and accepted in order to really excel.

“You must be the change you wish to see in the world.” – Mahatma Gandhi

In this world of charged political standoffs and tense interchanges, it’s Mahatma Gandhi’s own peaceful, yet important movement for freedom that should truly inspire us. This specific quote outlines the need for us each to seek true change and to be the catalyst that starts it as well. Nothing ever changes as the result of apathy, which is why this quote is a great way to find the impetus to move forward and bring about a new world.

This quote is from one of my favorite life coaches, Rasheed Ogunlaru. This UK-born motivational speaker really has a grasp on the truth of life. He wants people to be their true self, and to do this, they must “become who they are.” This quote really is important because it summarizes what is important: it’s easy to over-think things, but if you listen to your true self or your heart, you’ll always be where you need to be.

I hope that these quotes provide for you the guidance that they’ve given me. Each has a transcendent message that speaks about a larger concept that I think is universal to the human condition, which makes them perfect for lighting your path in life.