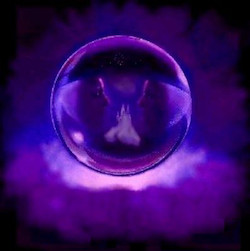 If youâre interested in learning about the psychic experience, there are a lot of available tools that you can consult. People have been experiencing psychic phenomena for millennia, so you can read books, talk to real psychics and mediums, or even view police case files. Outside of the scholarly studies on psychic phenomena and practitioners that are available in any library, there are also documentaries that take a magnifying look at the realm of the psychic.

As a matter of fact, there are hundreds of great, well-directed documentaries out there that take a great look at this phenomenon, but which are the best? Well, hereâs a list of some great psychic documentaries thatâll provide you excellent edification about psychic abilities and the psychic experience overall.

1. Reality and the Extended Mind

One of the most important themes in Reality and the Extended Mind is that the mind isnât simply confined in your head. Itâs realm far exceeds its physical limitations, and its innate, yet hidden abilities are only now really being researched. The video also covers themes like the powers of meditation, how belief systems tap into something larger and psychic healing. 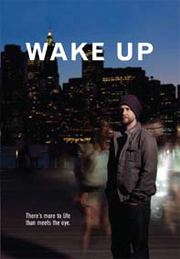 This documentary was created by the video streaming service Netflix. The documentary follows the life of Jonas Elrod a Georgian who suddenly found himself with abilities that many in his small community didnât understand. Almost overnight, Jonas found that he had become a medium with the ability to witness angels and demons as well as spirits in his waking world. The documentary follows Jonas as he struggles with his psychic abilities, seeks professional medical help while he copes, and also unflinchingly shows how his sudden wakening as a medium has affected his loved ones.

When it comes to psychic documentaries, Wake Up! The Film is one of the most real and most personal cinematic experiences available. If you are looking for truthfulness, then this is the perfect documentary, as it presents Jonasâs newfound abilities as both a gift and a curse.

3. The Science and the SÃ©ance

The Science and the SÃ©ance is another great documentary that attempts to place a scientific lilt on the world of the mystical and psychic. The BBC has done a sizeable amount of documentaries that explore the world of the psychic, and this one is a great example of one that is done right. The documentary goes in-depth into the history of psychic phenomena; highlighting stories of psychic experiences throughout the history of humankind. As a matter of fact, the producers even highlight the birth of spiritualism in the 1840s.

This deep dive into spiritualism takes a look at the sÃ©ance in particular and how spiritualists seek answers from those who have passed on from the earthly realm. Currently, this excellent documentary is available on Youtube.

“Real Proof of Psychic Energy!” is another great BBC-funded documentary that covers the realm of psychic phenomena that are intensely unexplored. The filmmakers take a deep look at the power of chi, the ability for some to move or ignite things with their mind, or heal with thought. The filmmakers, who are two British brothers, seek out a psychic healer who they call “DJ.” The documentary also covers the powers of the chakras and how the proportionate power of yin and yang can greatly affect a personâs life and health.

5. Tuning In: Spirit Channelers in America

Spirit channeling is a realm of psychic phenomena that is seldom explored. Considered a realm of psychic phenomena that was made popular by the late Edgar Cayce, this documentary is very grounded and truthful. This documentary provides a startlingly deep look into this realm, complete with some of the channelerâs psychic experiences recorded deftly on film. As a matter of fact, many of the interviews in Tuning In are with the spirits who wish to impart the wisdom of the wider universe.

All of these psychic documentaries provide a balanced look into the world of the spiritual. Each has a different take on a different realm that is seldom revealed in such a stark and unwavering contrast. Check them out, they are each very interesting and provide an uncommon viewpoint.