Are life after Death Experiences Real? 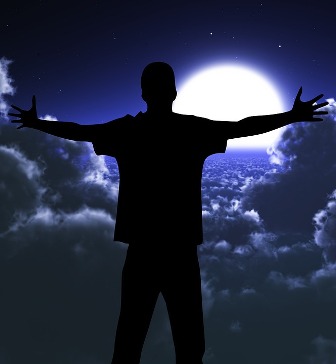 Have you ever met someone who has had a close call with death that they describe as a journey where they followed a bright light, saw others from another perspective, or talked to those who are no longer with us? Life after death is an unknown that none of us are really comfortable with. You may be able to accept death because you know that it is inevitable, but you still have no idea what happens after you die.

When someone has a near death experience, it serves as a window into the great unknown. It gives us a sense of comfort to know that there is more than blackness once we leave this earth and that what happens next can be a pleasant experience, but how real are the experiences? Let’s look at a few life after death experiences to see.

A girl was sitting with her ailing mother whose organs were failing her body. As her mother’s spirit left her physical body, a large angel appeared in the corner of the room. Her mind was flooded with peaceful memories of her mother, and she was left with a message from her mother that gave her comfort. To this day, she only needs to touch her hand to her face to feel her mother’s presence, and know that everything is going to be all right.

A doctor was rushed to the hospital with an E-coli infection that he was not expected to survive. He fell into a coma because the effects of the bacteria were so traumatic on his body; the bacteria were essentially eating his brain alive, so if he did survive, having full brain function may not be in the cards. After more than a week in the coma, removing his life support was a consideration that was being made by the doctors and his family; that is until he opened his eyes.

The doctor describes his experience in a coma as an adventure in the clouds. He speaks about other souls flying across the clouds, leaving shimmering trails behind them. There were also celestial beings in the clouds that spoke with a deeper, booming sound that came directly from the beings themselves. He explained that your senses were not separate in this experience; in fact, they were more like a single sensation that you simply felt to exist.

He speaks of his experience with another being in the clouds and how the connection was one of pure love. They were floating amongst butterflies that were much more bright and vivid than any color that he had ever experienced before. Their connection was a spiritual one, so anytime that he had a question, she answered it before he had the chance to ask.

He felt a sense of relief, all of the fear that he felt about death was fading away, and he felt that he had found the key concepts to his life that he was missing. When he awoke, the bacteria were gone and his brain was functioning normally. As a doctor, he first believed that having a life after death experience was an effect that was caused by a lack of oxygen, but with no brain activity, he realized that the experience that he has was actually much more than a simple dream.

A young child was diagnosed with a digestive disease that caused her to experience a lot of pain; so much pain that she told her mother that death would be her only relief from it. One day, she was climbing in a tree when she fell from its branches into the hollow trunk of the tree. Her life force passed from her body and she recalls being picked up by Jesus. He told her that her life was important and that when she was rescued, she would be free of the disease that caused her so much pain.

If you take a look at all of these life after death experiences, you will notice one thing. They are all pleasant, peaceful periods of time that offer a journey that helps the mind understand. The experiences often differ based on the individual’s ability to grasp life after death concepts. They focus on what the body needs at the time for them to continue living. What do you think about these experiences? Are they real or is it something that your mind makes up when it needs comfort? If it is not real, then how did the brain dead doctor’s experience occur?