A Guide To Spirits And Ghosts 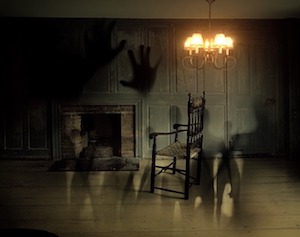 Ever since primitive humans came up with a belief in the afterlife, people have been fascinated with communicating with the beyond. Just about every culture and era has its own experience with the thin veil that separates the living from the dead.

The ancient Egyptians were so intrigued with the afterlife, that they had a whole subculture devoted to it. They codified their beliefs and rituals in a manual called the Book of the Dead, states Wikipedia.

American culture is steeped in supernatural beliefs. From Native Americans to the immigrants who came to our shores, stories of ghosts and spirits abound. Some were just told for fun or to keep children in line. Others were sworn eyewitness accounts that were handed down from generation to generation. In some parts of popular culture, the supernatural is represented in stories of horror and suspense. On the flip side, ghosts take a lighter role in spooky cartoons and movies about catching them.

If you are interested in knowing a little bit about ghosts and spirits, you are not alone. Television has a plethora of reality shows concerning supernatural accounts. Many paranormal investigators and psychic mediums team up to investigate famous haunted places. To better understand dwellers of the hereafter, it is helpful to have some explanations of terms.

With this basic guide to spirits and ghosts, you can understand some of the beliefs behind their existence. It is by no means exhaustive, nor does it represent every belief that different cultures may hold about the subject. Whether or not you believe in ghosts and spirits, you can get a better idea of the culture and beliefs surrounding the supernatural.

What Is A Ghost?

When most people think of ghosts, they think of floating white sheets with three black holes for eyes and a mouth. Literature, art, and film are filled with their own versions of ghosts. Some fictional ghosts keep the form they had in life, such as the ghosts in Dicken’s Christmas novel. Other ghost stick with the floating sheet concept, such as the friendly Casper.

The main difference between a spirit and a ghost is that a ghost was once a living person. For any number of reasons, some people cannot pass to the other side and remain trapped in our dimension as a ghost.

They may have a task to finish that they did not get done while they were alive. When a ghost takes residence in a place, people say that it is “haunted”. Ghosts can stay invisible and subtly make their presence known. Sometimes, they speak in a disembodied voice. There are people who report that they have encountered ghosts face to face.

Remember that ghosts were once alive, and may not even realize that they are dead. They may not understand why people do not see or speak to them, and they may become resentful.

Ghosts often go through the same stages of grief that the living do. They have to mourn their own passing. In a haunting situation, dealing with angry ghosts is common. You just have to give them some space and treat them the same way that you would an emotional living person.

What Is A Spirit?

It is common to hear people use the word ghost and spirit as synonyms. While both beings are part of another dimension, they are not the same. A ghost was once a living person (or animal). Spirits have always existed and have never been human. Spirits can inhabit homes and other places; however, their presence is not called a haunting.

The presence of spirits is usually called a visitation. Like ghosts, they have different personalities and can be good or evil.

Perhaps no class of spirits has received more attention than evil spirits. Not only are these deviant spirits said to live in homes, but they are also attributed to human possession. According to tradition, their sole intent is to torment and destroy innocent humans.

They turn a house into total chaos and can wear people down physically, mentally, and spiritually. People who believe that they are facing an attack from an evil spirit need intense help from psychic experts who are experienced in demonology and can fight the dark forces effectively.

The spirit world will always be a wonder to the living. Having some basic information about supernatural inhabitants gives you a better understanding of how they work.

For more information about spirits and ghosts, do some online research and talk to people have experience in paranormal science.